Since the days the early days of computers – the first one was invented in 1942 as a matter of fact – there have been concerns about the integrity of information storage on these devices.

In the 1970s, for example, I remember going to our local County Board of Education with my father, a school principal. I was amazed at the rows and rows of wall-sized tape recorders that he explained were the backups of all of the district’s school computers.

When dentists began using computers in the early 1990s for records, we started with simple “daisy chains” through which computers copied to other computers in the office to protect data. As needs developed, offices started to network to a central server that was the “brain” of all of the practice’s computers. To protect the information from crash or catastrophe, the first backups were simply data copied to a series of floppy disks. When the volume of digital data grew to levels in which it took too much time to have someone sit there at the end of the day and keep feeding disks into the computer, tape backups were developed. Today, most computerized offices have converted to portable hard drives instead of tapes because they are more convenient, easier to use and appear to be more durable.

Notice I wrote “appear to be.” According to DataMountain, an online data backup service company, there are some interesting – but alarming – facts about backups (http://datamountain.com/services/livevault/tapes-fail/):

So, why do dental record keeping backups fail from 30 to 50 percent of the time? There are many factors, from power surges and power interruption to human error.

Human error is inevitable and cannot reasonably be eliminated. To understand human error, have you ever been grocery shopping at a 24-hour grocery store at midnight? At midnight, the registers have to be completely shut down for 15 to 20 minutes, leaving anyone standing in line with melting ice cream. Why? Every computer workstation (including cash registers) must be completely shut down in order to ensure the backup is not corrupted. 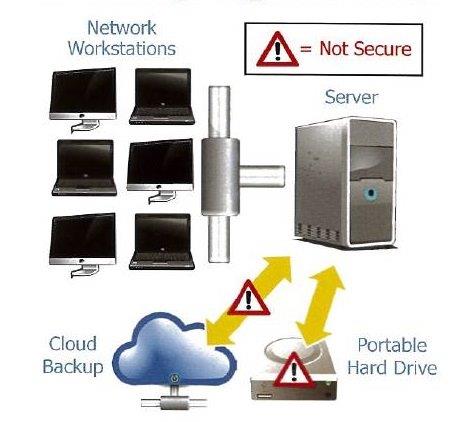 If you’re using a standard HIPAA-compliant dental record keeping backup system, the take home message is simple: Make sure everyone knows when the backup will be created. Also, make sure all the computers on the system are closed out, including all backed-up applications, before creating the backup.

(If you enjoyed this article by Dr. Kevin Huff, click here for more.)

Using Technology to Deliver Great Dental Care ‘In the Now’

By Imtiaz Manji 7 years ago