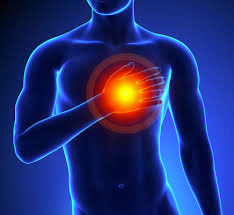 Why is it that emergencies happen at the most inconventient times?  If you had only known you were going to have that heart attack you could have planned so much better  ……………………

While none of us want to plan for things not working out, the truth is that many, if not most of us, will be challenged at some point in life with a situation that we cannot adequately plan ahead for.  It’s why we buy disability insurance, life insurance and business overhead insurance. We hope to minimize the impact of a significant life event from destroying what we have worked so hard to build.  This is especially important for a solo practitioner, since it doesn’t take long for the practice to drop off the map when it is closed for an extended period in a time of need.

The ultimate “need” is that of the dentist’s estate upon his or her death, and experts generally agree that if the practice is not sold, re-opened, and running within 30-60 days the value will be substantially (with a capital S) diminished.  There are many excellent advisors who can help you prepare for this need, but I would like to consider the more temporary disruptions to your business.

When Cheryl and I calculated our risks we realized that we could partially “insure” each other against disability caused absence from the practice.  The other partner would pick up time and patients until the disabled partner could return.  I have heard stories from many Spear participants about discovering the real value of the partnership they were part of when they needed not to be at the office for a period of time.  But does it have to be a legal “partner” who can “insure” you against this loss of practice value?

Shortly after completing our residencies Cheryl and I were practicing in a small town in Ohio as associates in a busy practice.  The owner dentist was part of the local dental “association”, and the association had an Emergency Coverage Agreement that all general practice members participated in.  There were only 18 dentists including specialists in the town, and 15 of us were GPs.  The purpose of the Emergency Coverage Agreement was to keep the practice viable and alive when an emergecy occurred, provide for the staff to keep working and take care of the patients until the dentist could return or the practice was transitioned.

Not long after our arrival one of the doctors in the group had a severe heart attack and was hospitalized for a long period.  He was out of the practice for almost 90 days.  Because of his participation in the Emergency Coverage Agreement, his practice was seeing patients within 7 days, manned by the members of the association.  His staff worked diligently to arrange a schedule that let each member give the things that he or she did often and well, and over the period of recovery the stricken doctor knew that his practice was alive and well and waiting for him to get back.  He was able to devote all of his energy toward recovering.

Kevin (Kwiecien) and Darin (Dichter) told me the sad story story of a close friend of theirs for whom they tried to be an Emergency Coverage Group when he was in need, something made  almost impossible by their small numbers, two of them trying to do their own practices while keeping a friend’s practice afloat.  Imagine if they had been two of fifteen.

If you are already a member of a study club or a group of general dentists that know each other well, this kind of agreement can be a real mind easer in case of that “unplanned for” emergency.  As with every such precaution, the earnest hope is that it is never needed.

An example of how one emergency can greatly impact your practice is the April, 2015 fire at the UCLA School of Dentistry. You can read more about it here. If this was your practice, how would you recover?

Click here to view a sample Emergency Coverage Agreement. It is NOT a legal agreement but an outline that will guide you and a group of friends through the process of building an Emergency Coverage Group.  Once you have all agreed that this is what you want, enlist the aid of an attorney and make it legal.

Driving Growth in the Practice