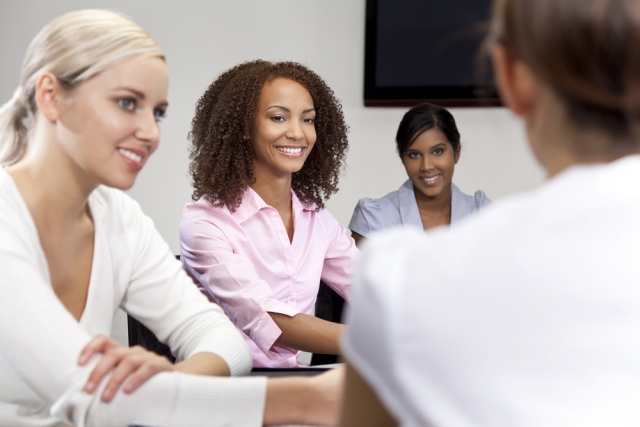 Do you have the right people on your team? In all my years in dentistry, this has to be one of the most common refrains I hear from dentists: that things would be so much better in the practice, so much easier, if only they could get the right people to support them.

I know this is true, because I have seen how top-flight dental practices can bring new people onto the team and quickly raise the level of the newcomer’s performance. I’ve called it the “Champions Effect” because just as we see evidence in sports of players raising the level of their game when they join a championship team, the same thing can happen in dental practices and other businesses. The right environment creates the right team member.

To a dental team, that right environment is not just a physical space, it’s a culture that is focused on continual growth and improvement in patient care. It’s an environment that encourages people to explore and communicate, and environment that brings out the best of everyone.

This idea was reinforced for me by the renowned lecturer and author, Simon Sinek, whom I had the pleasure of meeting at a TED event. Simon has a couple of the most-watched TED Talks, on how great leaders inspire action and why good leaders make you feel safe, and he has written well-regarded books on leadership.

Simon likes to tell the story of the time he was in Las Vegas, where he found himself very impressed with a barista there who made his coffee. The young man was lively and cheerful and a natural conversationalist. He had a great energy about him and he seemed genuinely interested in his customers. From talking with him, Simon found that the young man loved his job – loved serving his customers, loved working with the other team members, loved the support and encouragement they got from management in delivering a great experience to the guests.

But it turned out that the barista also worked part-time at another hotel. But at that job, he was discouraged from engaging with the customers in any significant way. He was expected to fill coffee orders and keep things moving, and his supervisors checked in on him periodically to ensure he was performing that duty as efficiently as possible. At that job he just kept his head down, made coffee, put in his time, and collected his paycheck. Same person, two different environments, two different mindsets, two different approaches to customer service.

It’s a story that reminds me of a conversation I had with a hygienist who was here at the Center, who worked four days a week for one practice and one day a week in another. She told me that she felt like two different people. I asked if it was because she had a split personality. She laughed and said no, that it was because in her main job she was encouraged and supported in her natural inclinations to be personable – to talk with patients about their lives as well as the condition of their mouths, and to really get to know them one on one. In that job she felt valued and part of a team that really cared. The other day a week, in the other practice, was different. It wasn’t that they were bad or unpleasant, but the environment was different. The leaders there were much more focused on getting patients “processed” through hygiene as quickly as possible. So she just put her mask on and went to work. The different environment made her a different person. I don’t have to tell you which practice she preferred to work in – it’s the same one you would prefer to go to.

So how do you go about creating that kind of environment that allows team members to flourish and be the best versions of themselves? I’d love to hear your thoughts on this. What do you do in your practice to create a “Champions Effect?” I’ll have more to say about my experience on this topic in an upcoming article.

Douglas P.
October 22nd, 2016
I really liked this discussion and find it true that the environment the leader ( doctor and office manager) fosters can make (or break) a team. I do believe that most staff members want to do well and serve well if given clear feedback and encouragement. A book I just finished called the 5 Dysfunctions of a Team by Patrick Lencioni really aligned with the spirit of this post from Imtiaz. As a result of this post and that book the leadership team of my practice plans on sharpening our saw in terms of leadership and team building by reviewing and implementing the book called The Advantage by Patrick Lencioni. I have spent months in sharpening my technical professional skills and now I need to refocus on my leadership and coaching skills so our team can deliver the sizzle of great dentistry.
Read Article

INFOGRAPHIC: How to Revolutionize Your Dental Practice in 6 Weeks

By Adam McWethy 5 years ago