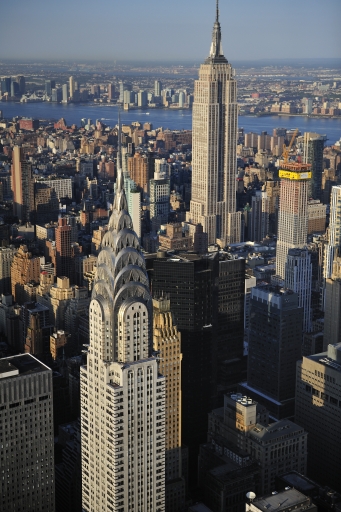 In 1930, when it opened, the Chrysler Building in New York City was a breath-taking sight - a beautifully designed, dramatic skyline presence. Standing an awe-inspiring 77 stories high, it was the tallest building in the world, the undisputed pinnacle of structural engineering.

Until about a year and a half later. That’s when the 102-floor Empire State Building opened. And of course the race continues moving skyward today. The Empire State Building is now 28th on the list of tallest buildings. The Chrysler Building is 70th. And with several more ambitious projects in the works around the world, the rankings of those former champions are going to continue to go down.

The obvious lesson here is that progress never stops. What is considered the best today can become out-dated very quickly. Nobody knows that better than today’s dentists, who have seen the standards for clinical and technological excellence evolve rapidly over the last decade. They don’t necessarily embrace every innovation that comes along, but they all enthusiastically agree that progress is a good thing.

But there is another, less obvious, lesson in this story. It’s one about the collaborative nature of greatness.

Consider those early skyscrapers again. There is no doubt that they were envisioned and brought into being by people who had a passion for greatness, a thirst to be the best. But think of how many people had to change their idea of “the best” in order to contribute to creating these phenomenal structures. Architects had to draw plans for structures that had never been accomplished before. Engineers responsible for heating and cooling and providing water pressure to top floors faced unprecedented challenges. The concrete supplier, the elevator company, and even those not directly involved in the construction - people such as fire officials - had to step up their game in this new era of rapid progress. They all had to redefine their own ideas of their “best” as they worked together to create a new reality.

The same thinking applies in the best dental practices. Everyone on the team has a role in contributing toward practice greatness, and they do that by achieving new levels of individual greatness. What is “the best you can be” for a doctor, an assistant, a hygienist, or an administrator? Choosing to be “the best” when you’re part of a team, therefore, is a dual choice: to be the best for the practice’s big picture goals, and to be the best for yourself. It means being open to change and realizing that continual growth is always expected in any working environment where the commitment to excellence is real.

To some dentists, this kind of exceptional team alignment may seem like an impossible dream but I assure you it’s not. Most people want to be great at what they do, and most people are inspired by the idea of being a part of something greater than themselves. Give them the means and opportunity to do it, and just about anyone can find that greatness within.

This is a very important subject, and I have made it the subject of my latest team-centered video release in the Course Library, Being the Best: A Mindset. If you are a member, I invite you to get your team together for a viewing. The sooner you do, the sooner you can reach new heights together.

Are You Letting Your Practice “Grow Up”?