Gift Yourself A New Way of Thinking in 2017 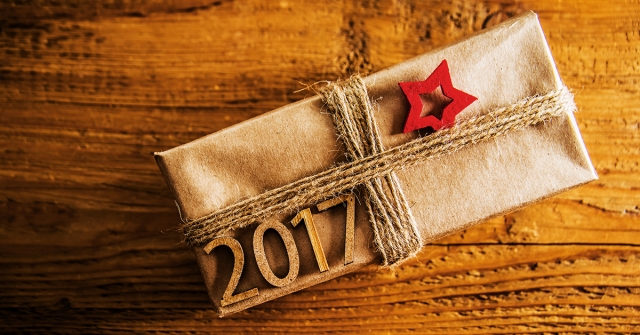 I have a gift for you this holiday season. Actually, it is a gift you can give yourself – the gift of a new mindset, a way to look at your career and your life that practically guarantees success and fulfilment.

As we wind down 2016 and look ahead to a new year, I think this would be a good time to think about the beauty of being both content and driven – two concepts that seem contradictory, but when they are embraced in the right way are actually powerfully complementary. It helps to think of these states of mind not as two different tracks, but as two rails of the same track. They work together to get you where you are going.

This is an important idea to internalize, because too often I see people who embrace one side at the expense of the other. There are people who assign great value to being content, and who reject what they see as senseless striving, to the point where they miss opportunities for invigorating growth. More commonly, I see success-oriented people who are relentlessly driven to the point of being afraid of the idea of contentment. It’s like they are constantly trying to fill a hole that will never be filled. The people I know who are living the most well-rounded and fulfilling lives, on the other hand, are the ones who have mastered being both content and driven in equal measure.

Before we go further, let’s define our terms. By being “content” I don’t mean settling in to a stifling comfort zone, but rather being secure in who you are and never taking for granted the many blessings you already have – a message that should be at the center of our thoughts at this time of year. The important part – the gift you can give yourself – is to work at sustaining that state of mind and sense of abundance throughout every day of the year.

I have often told the story about my father and the new clothes I got for him late in his life, when I noticed that the clothes he was wearing were starting to show their age. He was grateful for the gesture, but insisted the new clothes be given to others who really needed them. He was content with the clothes he had, because he was content with who he was. No expensive wardrobe was going to change that.

That’s not to say there is anything wrong with enjoying the finer things in life – I happen to have expensive tastes in clothes myself, for instance – but in the end, it’s about recognizing that the measure of success is not about acquiring more stuff; real success and fulfillment comes from having an unquenchable passion to always being the best you can at whatever you do.

That’s where the driven part comes in. It’s not about mindlessly chasing new achievements just for the sake of always doing more; it’s about always being mindful of your possibilities. In other words, be content with who you are, but always be aware of what you still can be.

So as you make your plans for 2017, I want you to think about what goes into the goals you set for yourself. I have always advocated having a three-tier approach for each factor you are tracking. The first is the baseline goal – what you are doing now plus a moderate increase. This is what most people do, in hopes of being “realistic.” And that’s fine. But you should also assign a “stretch goal,” which is what you would achieve if you went above and beyond expectations. That’s the dangling carrot that should drive you to greater heights.

And finally, there should be an ideal goal – the goal that is your “North Star,” that motivates you and drives you. You may never reach this goal, and that’s OK, but you will be amazed at how achievable it really is if you continue to focus on it and take steps toward it. It may take you two or three years, but you can get there. And as you get closer, guess what? It doesn’t become an ideal anymore; it becomes your new stretch goal.

This is an approach you should use not just when you are setting goals for economic factors, but also for non-economic goals, in both professional and personal matters. Give yourself a target you should hit, one that you can hit, and one that represents what you think you could hit one day.

So as you spend time reflecting on the year that has passed and planning for the year ahead, keep these twin mindsets alive. Be truly content, on a deep level, with who you are, and take joy in the life you have. At the same time, look forward with energizing anticipation and a motivating sense of purpose. Your motto, going forward, should be: “Life is great! Now how can I make it better?”

A Story of a Life Well-Lived in Dentistry