What Would a Great Leader Do? 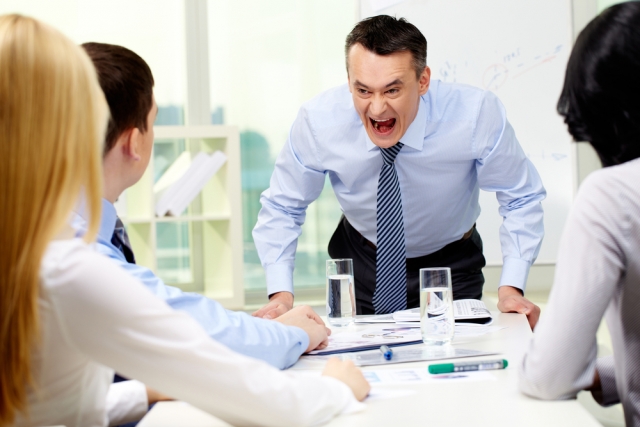 Most of us have had moments in life we would like to take back. I’m talking about the kind of thing where you say or do something in the heat of emotion that a calmer, more rational, version of yourself would not say or do.

Sometimes it’s not even one specific thing that triggers this response. Maybe there have been a number of small issues with a team member, for instance, that you have kept quiet about – until one day there is one more issue at the wrong time and ... you lose it. Sometimes it’s not even that person who you are really upset with; sometimes it’s just a bunch of frustrations that have built up and they just happen to be the unlucky person you take it out on. It happens in our relationships with spouses, with our kids – even sometimes with a patient.

But these moments should not happen in the life of a strong leader, for the simple reason that they can’t be taken back. It is a defining mark of a leader, in fact, to be calm and level-headed when things heat up around you.

I was reminded of this because I had one of “those” moments recently. I won’t get into the details; let’s just say that it was one of those situations where a number of small frustrations built up and finally I reacted in a way that was inappropriate and counter-productive. I have been studying and teaching leadership principles for years, and here I was violating a fundamental rule of sound leadership.

(Click this link to learn the one thing all winning dentists do.)

It was my son Kaleim who brought it to my attention. He had been there during this incident when I had reacted badly. He didn’t say anything at the time, but the next day, when I was in a calmer mood, he pulled me aside. He told me that he felt I had not shown great leadership judgment in that moment – that I had let my emotions govern my actions. And then he gave me some advice.

As the CEO of Spear, Kaleim is no stranger himself to being involved in high-pressure situations that call for leadership by example. He told me that whenever he finds himself in a situation where he feels the dark energies of an emotional reaction rising within him, he forces himself to take a step back and he asks himself this simple question: “What would a great leader do?” Just taking that moment to reflect and think, he said, has saved him many times from saying or doing something regrettable.

It’s not just a simple matter of “take a deep breath and count to ten,” as we have all been advised to do. What Kaleim was talking about was using that moment to think proactively. It’s about stepping outside of yourself and away from your emotions and assessing the situation rationally, asking yourself some important questions such as, “What is my goal here? Where is my disconnect with this person? What is the best way to communicate my thoughts and to find a way forward?” Of course, it’s not always easy to do in the heat of a highly-charged exchange. But that’s what makes a leader a leader.

It was a humbling experience, I admit, as a leadership expert, to be given a reminder on leadership skills from my son. But then I remembered: It’s also the mark of a great leader to recognize good advice when you hear it.

(Click this link to read more articles by Imtiaz Manji.)

Shawn T.
May 10th, 2019
So true for all who strive to set the example. Equally if not more impressive is the humility of a leader to be responsible for their actions and comments and accept that we all have moments when our core beliefs and training elude us. Quite honestly, I am usually more impressed with the person when I witness these moments than the long list of accomplishments.
Read Article

Making It Stick: 3 Steps to Effective Implementation With Your Dental Team

How Your Default Leadership Style Limits You

Leadership Focus: Where Do You Begin?