The Evolution of Composites and Light-Curing

I wrote a Spear Digest article in 2011 about light-cured composites, light curing, and curing lights. Let’s look at the evolution of materials and lights since then.

Most of us were using composite materials for which the recommended depth of cure was 2 mm maximum, a depth that was decreased to 1 mm with darker shades. This guideline meant that the placement of several increments in succession cured between each increment was a necessity to insure adequate polymerization. The three light sensitive initiators, camphorquinone (CQ), phenyl-propanedione (PPD), and trimethylbenzoyl-diphenyl-phosphine oxide (TPO) acted as the triggers that set off polymerization in all of the available products when light was applied. CQ was the most commonly used initiator in all applications. You will note that the color of the initiators is quite different. While CQ worked very well with the lights available, the color was an issue for manufacturers. Although the intense yellow was mitigated by the polymerization, it represented a problem with color matching composites to teeth prior to the cure. TPO is the least “colored” of the initiators and made possible clear flowable resins that could be used to seal things. Clear sealants use TPO as an initiator.

The spectrum of absorption by these initiators was not a problem when quartz-halogen was the only available source. However, with the introduction of the LED light the initiator became a factor in the cure as single wave LED lights, most of which emitted in the 430 to 500 nanometer range, did not interact well with TPO, which absorbs in the 350 to 430 nanometer range.

Absorption spectrum of the three initiators:

Light Curing and the Lights 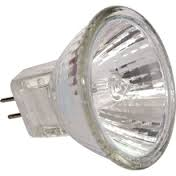 Quartz-halogen lights were the standard in most practices. The quartz-halogen bulb seen here is an example of the source that provided the light, usually in a gun-shaped instrument with an internal cooling fan. If you have ever used these lights in your home, you know why there had to be a fan – these babies get hot.  They also lose their power as they age and need to be tested to insure adequate depth of cure.

(Click to this link to see if you light cure too much.) 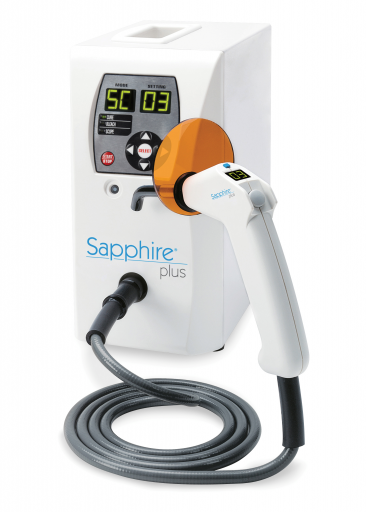 Plasma lights (PAC lights), a very bright type of fluorescent, provided incredibly high power and depth of cure. They also generated significant heat at the point of application. The one I had experience with was the Sapphire light. I thought these worked well when managed appropriately. Cost was a barrier for many dentists as these lights were generally much more expensive than the quartz-halogen lights or the LED lights that were available. 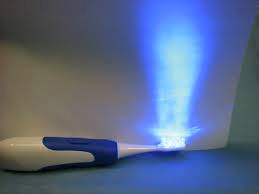 The LED as a possible source for curing composite was first mentioned in 1995. They began to slowly replace the quartz-halogen and plasma lights because of their lighter weight and better ability to function on battery power. The replacement was relatively slow because quartz-halogen lights were dependable and long lasting. Most of us are slow to replace something that works well unless the differences are life altering. That’s why in 2011, the most found light in the country was quartz-halogen.

Emission spectrum of the three most used light sources in 2011:

Emission and absorption spectrums of sources and initiators:

The problem with the LED1 light and TPO:

How the LED2 (polywave) light covers the frequencies that initiate TPO: 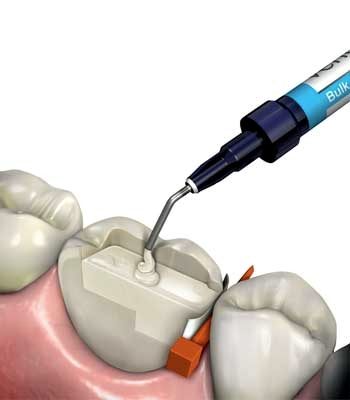 We’re using way more bulk fill composite than we did in 2011. This has made placement more efficient but has also caused concerns. Some authors have raised questions about that increased use1,2 noting failure rates due to under polymerization, inadequate contact development, and lower hardness, stiffness, and strength relative to incrementally placed composites. Most of the questions I encountered were related to technique, and thankfully that is something we as clinicians can control. Like many advances in technology, the protocol around its use becomes the most important factor in determining its success. There is consistent evidence that bulk fill materials can be a viable alternative to incrementally applied materials when the protocols required are observed. In this, as in most things involving polymerization and bonding, it becomes increasingly important to carefully read and follow the manufacturer’s instructions. There are enough differences in the techniques that a small difference can dramatically change the outcome.

These materials tend to lower value. The qualities that permit polymerization of a large volume in which light spreads easily also create a “darker” look to the final restoration since light goes in rather than bounces off. This is not usually an issue in posterior applications according to most of the authors I read. 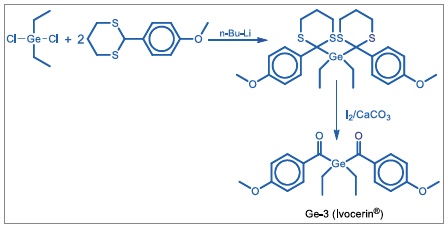 In the quest to improve the performance of bulk fill composites, one manufacturer, Ivoclar Vivodent, introduced a new initiator, Ivocerin. According to the scientific report from the company, it is highly reactive to light in the visible range and imparts a bleaching behavior to composite resins. It does not need to be used with other initiators and is more efficient than CQ.

If you are interested in reading the report, I’m including a link here. It’s a real nail-biter. 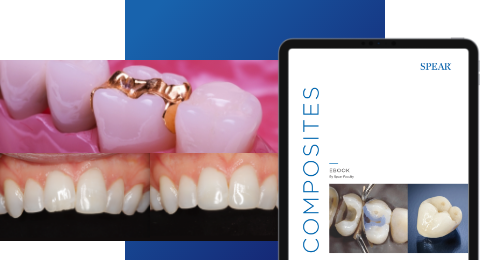 LED lights have moved into the number one position. Both single and poly-wave LED lights are less bulky than their quartz-halogen counterparts and easier to make cordless – attractive qualities in the dental operatory and, in my opinion, two of the primary reasons for their ascension to the leading positions. According to The Dental Advisor, the dental curing lights most commonly found in the operatory are the Bluephase G2 (Ivoclar Vivadent), the Elipar S10 LED Curing Light (3M ESPE), and - in a tie for third - the Demi Plus (Kerr Corporation) and the CURE (Spring Health). 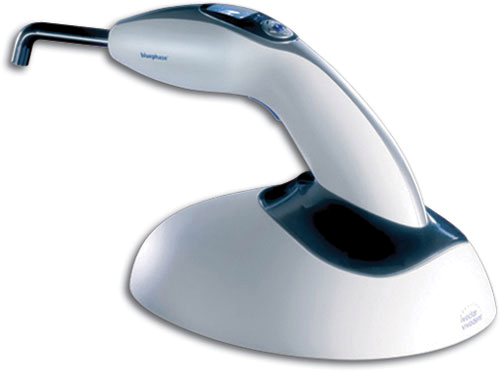 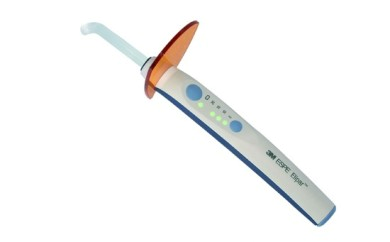 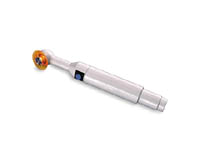 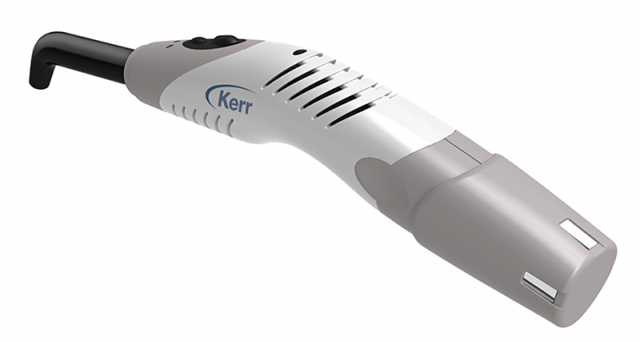 Poly-wave LED lights can cure any material since they trigger all initiators.  Having said that, the use of a single wave light is rarely an issue since the only initiator not sensitive to the single wave LED is TPO, and it is rarely used alone. The exceptions to this are most clear sealants and clear resins such as Palaseal.  Knowing your light and knowing your materials will insure that polymerization occurs.

In the graph below, you can find the wavelength emission of selected curing lights. The boxes marked in green denote a poly-wave light. 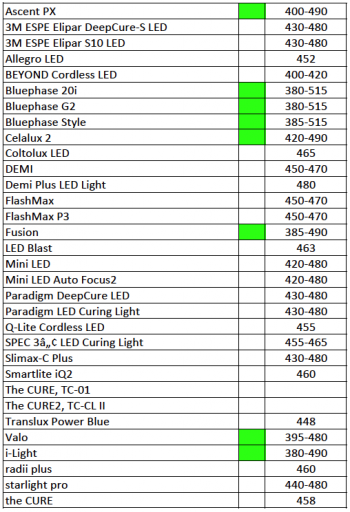 One of the things that has been learned about LED lights is that all of them, single-wave or poly-wave, have a spread of light from the tip that is not homogenous. This fact affects the cure pattern of the material. We have always known that the distance from the light source impacted the cure speed and cure depth, but the LED spread is a relatively new understanding. This diagram, from an ADA laboratory evaluation of light-emitting diode curing lights3, shows a 3D representation of the curing pattern from four LED sources. This understanding has led to the recommendation that LED lights be moved as the light is applied.  This movement often results in greater distances between the light source and the materials slowing the cure. 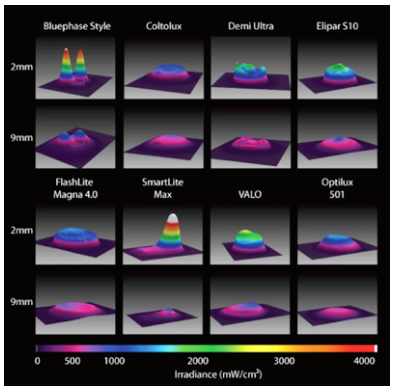 After my reading, asking and doing, there are three things that separate 2011 from 2016 for me. Number one, I use bulk fill composite in more applications. Since they tend to be lower in value than incrementally placed composites, I rarely apply them without an increment over the surface of a non-bulk fill material.

Second, I use an LED light exclusively in the operatory. I am still using quartz-halogen in the lab curing units, so when Paloseal is appropriate I cure it in the Pro-Cure lab unit.

Finally, I continuously move my light throughout the cure. Because this creates greater distance from the material, I add time to my polymerization. Material cannot be over cured, but an under-cured material is a recipe for failure.

(Click this link for more articles by Dr. Gary DeWood.)

Amber A.
April 15th, 2016
Thanks for all the information Gary. Was curious.. this month's Dentaltown magazine has a thread on "pulse curing", which I had never heard of before.. and the concept that resin continues to polymerize after the light is removed? Would be interested to know if there are many studies on this. Gary D.
April 19th, 2016
Thanks for the question ... I am unaware of any studies showing that a light cure composite continues to polymerize after the removal of the light source. I have read about heat induced cross linking of some composites but not in the mouth. It would stand to reason that some polymerization COULD occur from ambient light and/or the operatory light but I don't know of any studies regarding this. The use of a PULSE mode has been shown to reduce polymerization with a Quart-Halogen light (see the article referenced below) but I do not believe that a pulsed LED showed any difference. Can you point me to the thread on DentalTown? What is it titled? I went looking but found only one entry for pulsed curing lights. Thanks again for reading and for commenting! J Appl Oral Sci. 2008 Feb; 16(1): 35–42. EFFECT OF LIGHT-CURING UNITS AND ACTIVATION MODE ON POLYMERIZATION SHRINKAGE AND SHRINKAGE STRESS OF COMPOSITE RESINS

James C.
December 18th, 2018
This had some nuggets that truly educated me. I did not know you could over cure the bonding resin. In practice for 42 years and I get put in my place every day. Thanks Gary Jim Craig

Jeffrey D.
January 5th, 2019
Hi Gary - You provided so much essential information about our composite utilization that I found clinically applicable right away! Do you have some experience or thoughts about warming composites?

Joel G.
February 24th, 2019
I take then, that my plasma arc lights are still appropriate except for TPO's. As an aside I use clearfil and after curing the bonding layer, prior to placing the composite, the dentin surface is either slick hard or scratchy. After another coat, the surface gets a bit more slick. Is this a technique issue?

Gary D.
February 25th, 2019
There is enough cover for the plasma-arc light to set composites that use a TPO initiator since they are so very powerful. The main reason I would expect a soft surface is not the light cure, it's the oxygen inhibited layer. Not really clear on why there is a difference between the first layer cure and the second layer cure, sorry.
Read Article

By Martin Mendelson 10 years ago