Sugar Is the Oral-Systemic Link

Which message is more likely to prevent dental disease?

The oral system link has received a great deal of attention in the past several years, with studies linking periodontal disease with diabetes, heart disease, cancer and obesity, to name a few. The theory is bacteria and cytokines move from the mouth to other parts of the body, contributing to systemic diseases. My question to you, then, is this: Is this the cause or is it a symptom? 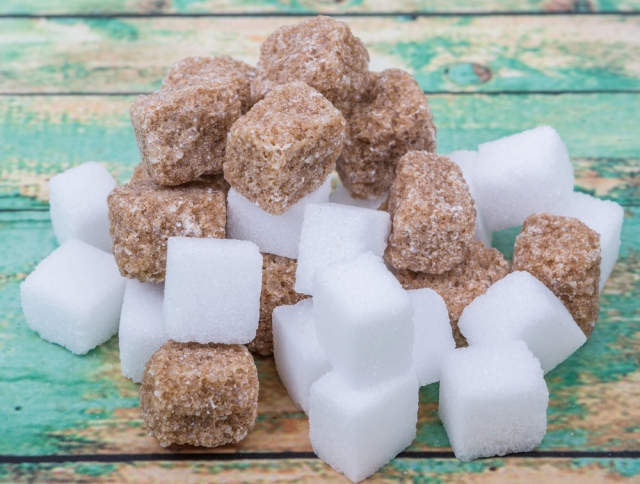 Do dental diseases and systemic diseases share a common cause, other than bacteria?  Researchers in the 1960s presented two nutritional theories to explain both dental and systemic diseases. The first was postulated by Dr. Thomas Cleave and Dr. John Yudkin, both from England. Their theory postulated that excessive fermentable carbohydrate consumption, without oral hygiene or fluoride, led to both dental and systemic diseases. Cleave focused his career on preventive medicine, specifically on what happened to the body with the over consumption of refined carbohydrates such as sugar and refined flour, which he called the “Saccharine Disease.” Yudkin was a physiologist and nutritionist who recommended a low carbohydrate diet for those wanting to lose weight and warned about the dangers to health of overconsumption of sugar. He noticed that when sugar was introduced to a culture that hadn’t had it before, coronary health disease increased significantly. In 1972, he published a book about the dangers of sugar entitled “Pure, White and Deadly.”

The second theory was postulated by Dr. Ancel Keys, oceanographer and biologist, who is responsible for government K-Rations and the Mediterranean diet. Although eating a low carbohydrate diet himself, he proposed the lipid or fat hypothesis. He was convinced that fat made you fat and that fat caused systemic disease, specifically heart disease. This opposing theory advocated a diet high in fermentable carbohydrates. Keys believed this low fat diet would result in better systemic health and dental disease was simply a side effect that could be treated with brushing, flossing, fluoride, sealants and fillings. Keys felt that general health took precedence over oral health.

(Click this link for more on how to help patients get the most out of flossing.)

Keys was an intelligent and accomplished man, but he was also a bully who attacked, both personally and professionally, researchers publishing evidence that did not support his low fat theory. Before the low fat diet took the country by storm, researchers were convinced from observations of various cultures that the introduction of carbohydrates also introduced dental disease, diabetes, heart disease and so many other diseases. These were “diseases of civilization,” due to the Western diet. In 1966, Cleave published data showing the introduction and addiction to refined carbohydrates led first to dental disease, followed by systemic diseases. Yudkin also published findings, in 1972, that sugar played a considerable role in the modern epidemic of coronary heart disease. To these findings and researchers, Keys said in 1975: “The evidence for sucrose as the ‘greatest killer’ in the Western societies is utter nonsense and would never pass an acceptable term paper in an undergraduate course in home economics.” Definitely a bully.

The Rise of Low Fat

With only weak and, later determined, incomplete evidence, Keys pushed his low fat theory forward and convinced the federal government to endorse the low fat diet. An entire generation of Americans was brought up to believe that fat was bad. Low-fat products filled the shelves. When fat was taken out of a product, sugar was added to make it taste better.

With the full support of the government, the low fat diet took over. Dental disease was an expected side effect that continues today. Both caries and periodontal diseases are directly affected by sugar intake. It’s not just sugar on tooth surfaces that leads to caries, but sugar intake is directly related to gingival bleeding and pocket depth increases. Reduce the sugar intake and the gingival bleeding will reduce. Research in the mid-1960s by Dr. Emanuel Cheraskin showed that the addition of two sugary drinks per day increased pocket depth within four days. Reducing carbohydrate consumption reversed gingival bleeding within weeks. This was likely to happen independent of oral hygiene.

Do you have patients who follow your oral hygiene instructions, yet still have bleeding gums? Is caries still a significant problem among you patients? Become a detective and figure out how much sugar they ingest. Most people don’t think they eat much sugar because they don’t dip into a sugar bowl, but they do consume processed foods, juice and soda. Ask them to start reading labels to see which of the foods they eat have added sugar. Even table salt contains sugar: dextrose. Sugar is added to keep the salt from clumping. Sugar is everywhere. Ask your patients how likely they are to cut out added sugar in their diet.

(Click this link for more on the dental patient as the primary therapist.)

If you had just one message for patients, would it be brush, floss and fluoride or would you consider the fermentable carbohydrate theory of oral-systemic disease? Is our time better spent chasing symptoms or dealing with the cause of the disease? The traditional oral hygiene message is much easier to present than convincing a society addicted to sugar to reduce carbohydrates intake.

The oral-systemic link is not simply about bacteria; it’s all about sugar.

(Click this link for more articles by Trisha O'Hehir.) James C.
March 5th, 2018
Well written and informative. Very solid educational tool as are all of your articles.

By Trisha O'Hehir 5 years ago