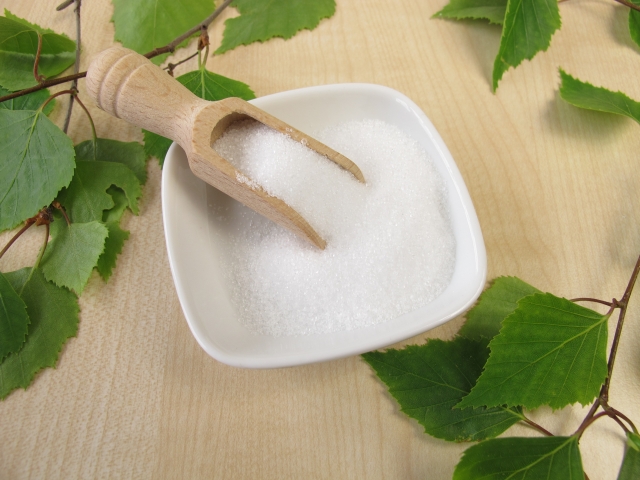 Many things over the years have improved the way dental hygiene care is provided. Power scalers, air polishers, loupes and lights. The O'Hehir curettes should be counted as well, of course.

But to me, xylitol is a bigger game changer than all the other improvements. Xylitol will change our approach to prevention and our success.

Despite all the time we spend removing calculus and treating gingivitis and periodontitis, our primary focus from the start has been prevention. It’s easy to lose that focus and instead spend more time scaling and root planing.

Traditional prevention includes brushing, flossing and fluoride toothpaste, but if we look closely, it isn’t working very well. You may have a few kids in your practice who are caries free, but by adulthood, nearly 100 percent have experienced dental disease. Traditional prevention just isn’t working. This is where xylitol becomes the game changer.

Five exposures to xylitol each day will reduce plaque as effectively as toothbrushing! Xylitol is a good sugar that can significantly enhance the offerings of your dental hygiene department to prevent caries and improve oral health.

There are 915 research articles published about xylitol, but here in the U.S., we are just now beginning to include it in our preventive strategies. From the 1970s, there were two approaches to prevention: fluoride and non-fluoride. The U.S. was totally focused on fluoride with water fluoridation, foams, gels, 5,000 ppm pastes and eventually fluoride varnishes. While we focused solely on fluoride, the rest of the world was seeking alternatives.

As these findings spread through the dental research community, many studies were undertaken. At first, xylitol was used to replace all sugar in the diet, which resulted in a significant reduction in caries. After a two-year study, it was clear that replacing all sugar in the diet may be a difficult concept to sell to a population addicted to sugar. Instead, researchers delivered xylitol following meals and snacks in chewing gum. Using gum sweetened only with xylitol proved to be as beneficial as complete sugar replacement.

Following these early studies came hundreds of studies measuring the benefit of 100-percent xylitol-sweetened chewing gum to prevent tooth decay. In some countries, it’s hard to find a chewing gum sweetened with sucrose today as the xylitol sweetened gums are so popular. This is not yet the case in North America.

Xylitol is a natural sugar; it is not an artificial sweetener. The human body makes 5-10 grams of xylitol each day in the metabolism of carbohydrates. Xylitol's crystalline form looks and tastes like “table sugar,” but contains only 2.4 calories per gram, providing 40 percent fewer calories than other carbohydrates. With a glycemic index of 7, it’s safe for diabetics. The most common source today is from fibers in corn cobs and corn stalks. It’s digested as a fiber with no insulin released.

Warning: Keep xylitol away from pets 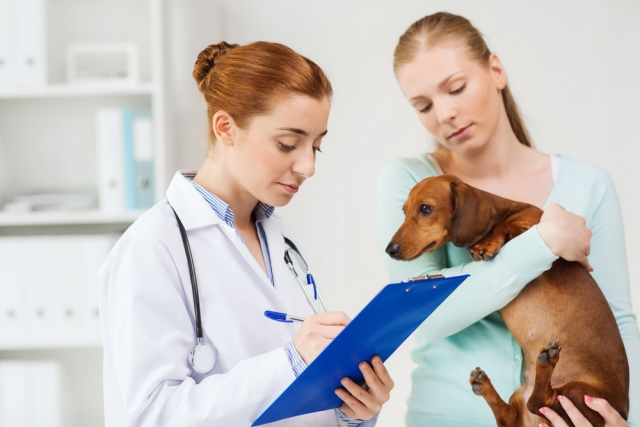 Never assume that what is safe for you to eat is also safe for your pets. There are many foods dogs shouldn’t eat: chocolate, raisins and grapes … and xylitol. Under-nourished dogs are the most likely to experience a severe reaction to xylitol. When they ingest xylitol, insulin is released, so the best – and quickest – antidote for them is table sugar. If you wait and take the dog to the vet, they will start a glucose IV. Therefore, your best bet is to just keep xylitol out of your pet’s reach.

There are side effects in humans, usually caused by over-ingesting xylitol. A common mistake is eating too many chocolate chip cookies made with xylitol, because they taste so good. If you eat too much too quickly of the baked goods you made using xylitol to replace sugar, the results can include gas, bloating and diarrhea.

To avoid over-ingesting, replace sugar in your diet slowly over two weeks. This way your digestion should adjust and you may minimize gastric upset. The toothpaste, mouth rinse, sprays, gels, gums and candies shouldn’t be a problem. The issues usually arise when replacing all sugar at once with xylitol.

Many chewing gums available in the grocery stores contain a little xylitol, but also contain sorbitol, Sucralose, aspartame, Ace K or mannitol.  Artificial sweeteners added to chewing gum reduce the benefits of xylitol. To achieve results similar to those reported in the research, the only sweetener used should be xylitol. Besides chewing gum, there are many other proven delivery systems available: candy, mints, toothpaste, mouth rinse, dry mouth spray and oral gel.

How does xylitol work?

Xylitol prevents caries in several ways. First, it interferes with the bacteria&rsquo;s ability to produce acid. Second, it blocks communication between bacteria so they stop producing the polysaccharide slime that holds the biofilm together. Third, it raises the pH of the mouth. Cariogenic bacteria prefer living in a low pH environment and produce the acid that demineralizes enamel. In the presence of xylitol, the bacteria stop producing acid and the polysaccharide slime that holds the biofilm together, and they simply slide off the teeth. In the presence of sugar, bacteria thrive, produce acid and stick to the teeth. Bacterial numbers are significantly reduced in the presence of xylitol. Xylitol promotes an alkaline oral environment which is conducive to oral health.

Sucrose forms complexes with calcium that allows precipitation of calcium out of saliva while xylitol forms complexes with calcium that do not produce acid and maintain a supersaturated calcium level in saliva, which is important for remineralization of enamel. This is critical when teeth first erupt and are not completely mineralized. The ability of xylitol to maintain high salivary calcium levels as teeth erupt enhances final mineralization of these teeth.  The ability of xylitol to bind with calcium is also evident in higher calcium levels measure in plaque when xylitol is present. 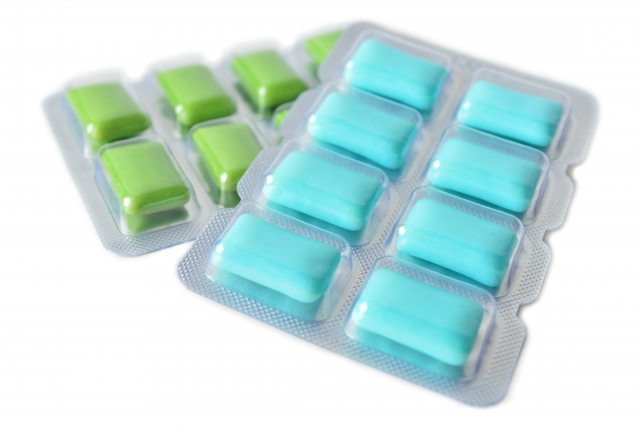 Chewing gum comparisons showed that 100-percent xylitol-sweetened chewing gum reduced plaque accumulation significantly better than 100-percent sorbitol-sweetened gum and better than a gum sweetened with both xylitol and sorbitol. Sorbitol can be metabolized by bacteria to produce acid; therefore, adding sorbitol to chewing gum sweetened with xylitol will significantly reduce the benefits of xylitol. A three-year study in Hungary among nearly 700 students showed that xylitol-sweetened candy eaten several times each day reduced the incidence of caries better then fluoridated toothpaste or fluoride in milk.

The classic long-term study was conducted by faculty from the University of Michigan in Belize. This 40-month study, conducted in the early 1990s, included nearly 1,300 students. Several different chewing gums were tested, with the 100-percent xylitol-sweetened gum providing the greatest reduction in tooth decay, at 73 percent. Numerous published studies report caries reductions from 21 percent to 85 percent, presenting a significant gap between reports. Differences in study outcomes are attributed to many aspects of the study design. Subjects with low caries experience will not demonstrate a large difference. A small study with an insufficient number of subjects will fail to show a difference. Studies using too low a concentration of xylitol, too short an exposure to xylitol or too few exposures each day will not show significant results. The recommended dose is six to seven grams of xylitol daily separated into three to five exposures. The gum is chewed for only five minutes, just enough to release the xylitol.

A recent Cochrane Review, reported in the Journal of the American Dental Association, suggested less exciting results. Of the 915 research articles on xylitol, the review only included 10 studies. These systematic reviews require that all studies be randomized, double blind and placebo controlled. Based on those criteria, chewing gum studies will never qualify as subjects are not willing to chew a flavorless gum base five times a day for three years. Even still, the review of 10 papers showed that adding xylitol to fluoride toothpaste resulted in 13 percent better caries prevention than fluoride toothpaste alone.

I hope you’ll agree with me that xylitol is the biggest game changer in dental hygiene. Xylitol will change our approach to prevention and our success.

(Click the link for more articles by Trisha O'Hehir.)

Brien H.
January 24th, 2017
Great review, Trisha. Could you give me a recommended regimen for a child say 7 to 14 yo with a high caries rate? Adult with moderate gingivitis ? Thank you in advance.
Read Article

The Hygiene Exam: Are You and Your Patients Getting Full Value?

The Three Kinds of Hygiene Patients

By Imtiaz Manji 8 years ago