Make a Post-Dated Promise to Yourself 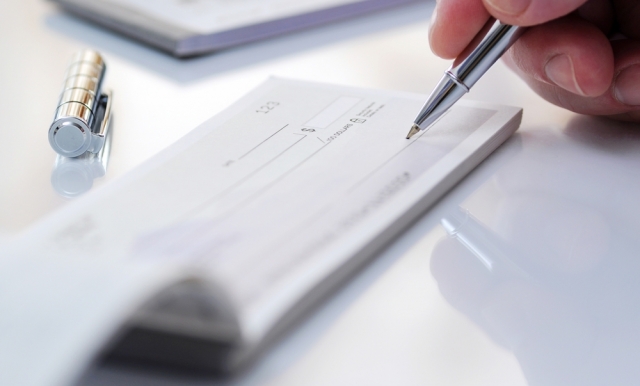 When he was a young man of 19, the actor and comedian Jim Carrey did what a lot of young people pursuing a life in show business do: he moved to Hollywood to break into the big time. And, like a lot of young people who take that leap, he spent his first few years struggling to find that big break in the business.

Often he would drive up to the hills in his old beat-up car and sit by the Hollywood sign, look out over the city, and think about what he was going to do. He thought about all the possibilities that lay out there and how he just had to find a way to make it happen. One night, while sitting up there, he wrote himself a check for $10 million, for “acting services,” dated it for five years out, and put it in his wallet. He carried the check with him every day, even as it became worn and tattered, as a reminder of what he knew he was heading toward. It was about five years later that he signed a movie contract for about $10 million.

I like this story because it aptly illustrates what I have always said: It takes a powerful belief in yourself to achieve great things, to look beyond incremental gains and set an ambitious goal that reflects your true abilities. And then, having set that goal, to do everything it takes to make it real.

That last point is important. You have to keep working away relentlessly to make that visualization of your ideal future a reality. As Jim Carrey himself pointed out when asked about this story, “You can’t just visualize and then go eat a sandwich.”  That vision you set for yourself – your version of that $10 million check in the wallet – can’t just be a dream, it has to be a motivating force that drives everything you do, every day.

I urge you to embrace this way of thinking and make a post-dated promise to yourself. It doesn’t have to be a check, but it should be something that is definable in concrete terms – a definite outcome with a definite timeline. To some, it may sound like an exercise in wishful thinking. To those who have a real sense of purpose in life, it is an indispensible tool for turning “what can be” into “what is.”

(If you enjoyed this article, click here for more by Imtiaz Manji.)

Are You Letting Your Practice “Grow Up”?

Practice Dentistry Without a Net?

By Imtiaz Manji 8 years ago