By Frank Spear on May 23, 2014 | 2 comments Print
Share
tweet
share
In the previous article in this series, I showed an example of masking a cast metal post and core with a metal ceramic crown. In this final article we will look at a patient with a discolored endodontically treated right central incisor that has an existing crown, but with an extremely large access that makes it impossible to get adequate tooth reduction to use an opaque cored crown. 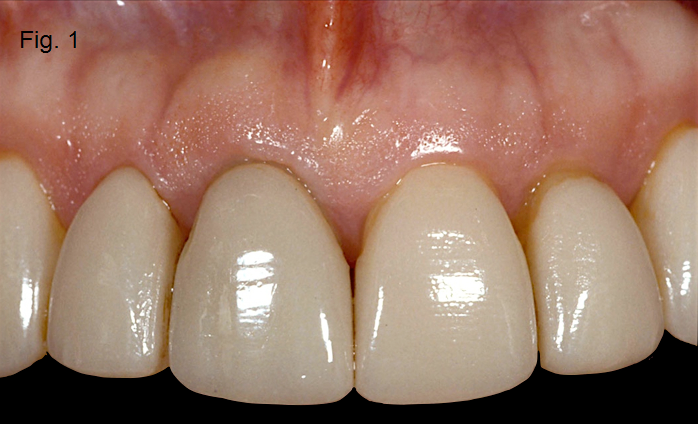 This patient presented unhappy with the appearance of her smile that had been restored with veneers on the left central, both laterals and both canines. The right central has a full crown, endo with a very large access cavity, and is discolored (Fig. 1). 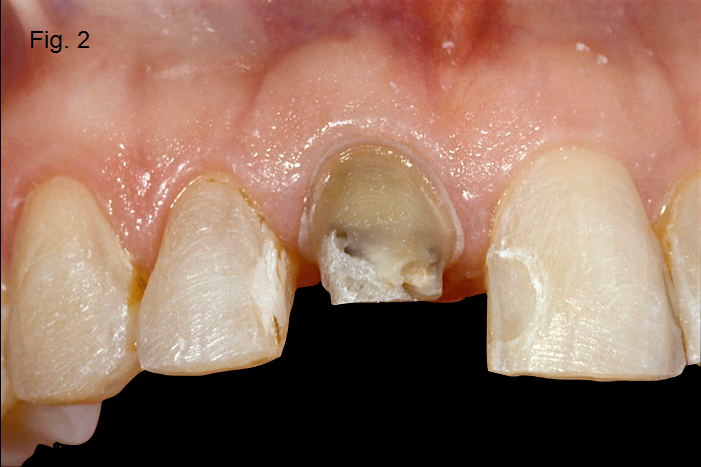 Removing the old restorations revealed the discoloration of the right central, but also how little tooth structure was present (Fig. 2). 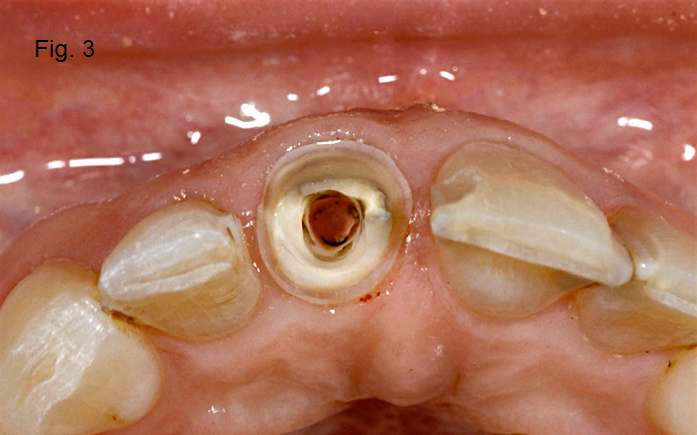 Removing the composite and viewing from the incisal showed an extremely thin wall on the facial of the existing prep. Preparing 1.2 to 1.4mm would essentially eliminate the facial wall (Fig. 3). 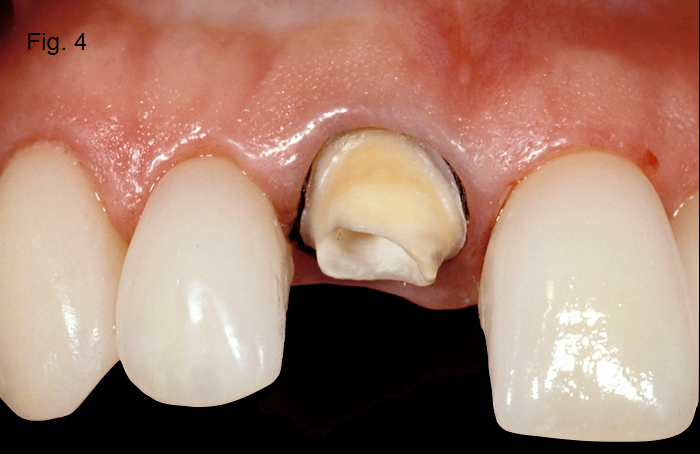 Rather than risk the deeper prep, I chose to internally bleach the prep with a walking bleach of sodium perborate for four weeks. The results were very successful, as you can see in this image (Fig. 4). 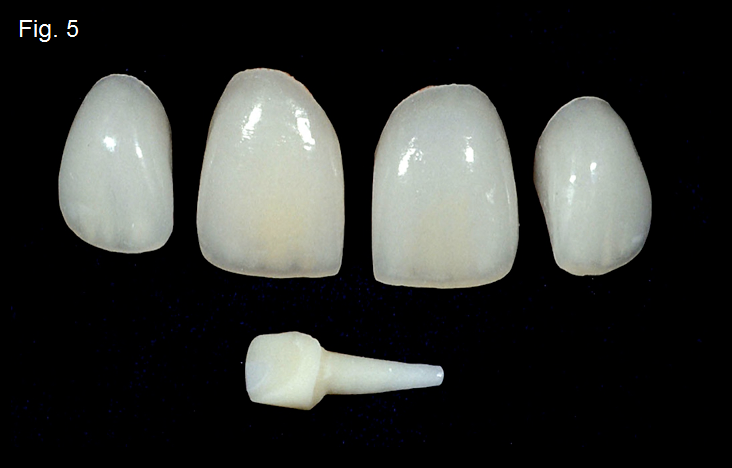 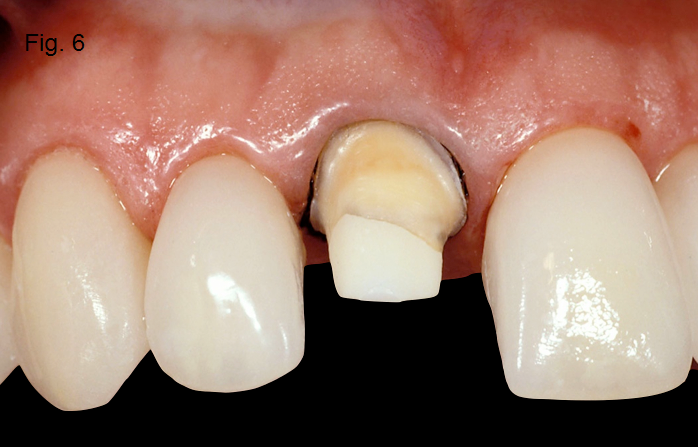 With the prep color issue solved, it would now be possible to use a tooth-colored post core and highly translucent restorations on the veneers and the right central full crown (Fig. 5-6). 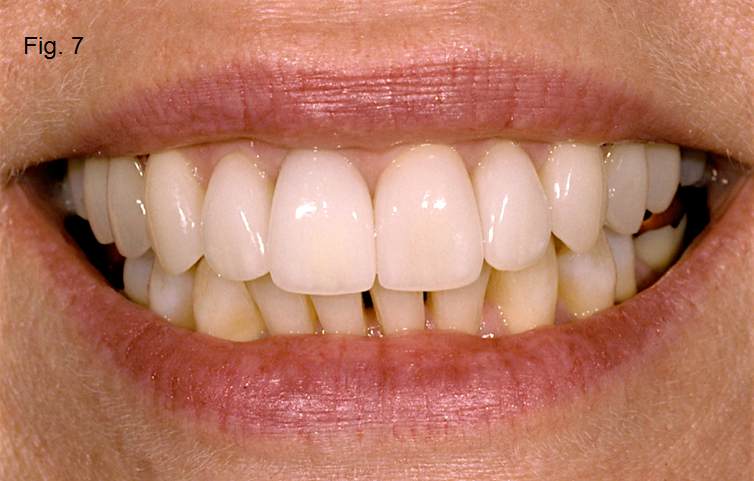 The one risk to this approach is the potential for discoloration of the bleached prep. The good news is that having followed this patient for years, there appears to have been minimal to no change in the final shade (Fig.7).

Myla Villanueva
May 26th, 2014
Can you please give me the procedure on internal bleaching and a general idea on the fees? Thank you

Frank Spear
May 27th, 2014
Myla, great question, if you subscribe for free basic membership you will be able to view the SPEAR TALK forum, on it there was a post from January 29, 2014 titled Internal Bleaching, it has a number of excellent posts on the topic, much more detail then I can go into here. Thanks for reading Frank
Read Article

Posts in the Age of Adhesive Dentistry

By Andy Janiga 10 months ago