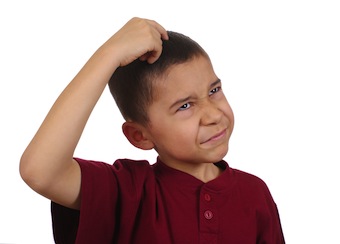 I have always loved science and numbers; putting the world around me into neat little boxes of information that can be classified, reviewed and studied. So when I told a group of dentists that lithium disilicate is strong, like 360 to 400 megapascals strong, one of them asked how that relates to pounds per square inch. I had to admit, I didn't have a clue.

A pascal (Pa) is a pressure measurement unit that was named after Blaise Pascal, a French mathematician, physicist, inventor, writer and philosopher.

It is part of the international system of units. It's pretty impressive how the modern metric system inter-relates things.

The pascal is defined as one newton per square meter. The megapascal that we read about so often in dentistry is one million pascals (1,000,000). It is an integrated part of that modern metric system.

Now for those of us who grew up with ounces, pounds, inches, feet and yards, the shift to the metric system makes absolute "logical" sense. Why would you not want a system that is integrated so that measurements of many things can be accurately related to each other. However, logically understanding that doesn't change my comparison system based on years of observation, experiences and learning, so I completely understood my colleague's question.

I realized that I had been using the pascal without a real reference to my personal database. It makes sense that 40 megapascals of bonding has to be better than 10, but I hadn't considered where that force fell in the measurement system I used as a comparative. I picked a few things of interest and converted from megapascals to psi; I could better grasp their value given my pounds and inches brain. Those conversions are listed below.

John Rodriquez
May 1st, 2014
So what are the average daily forces applied on our teeth vs nightly forces? I have always heard we can apply a max of 125 psi daytime vs Max 900 psi at night while sleeping and grinding.

Gary DeWood
May 2nd, 2014
I use the following numbers when talking about forces on teeth in function: Incisors: 25 lb. Premolars: 125 lb. Molars: 200 lb. These come from an article I read - I'm blanking on the author, and are an awake patient. I have also read the 900 lb. number for parafunction during sleep, I'm guessing that's a number generated at molars but I am not certain. We also know today that more people brux during the day than at night - probably with less force than they are capable of generating at night.

Douglas Benting
May 2nd, 2014
This might be the reference: Mansour RM &amp; Reynik RJ. In vivo occlusal forces and moments: I. Forces measured in Terminal hinge position and associated moments. Journal of Dental Research 1975;54(1):114-20. The goal was to quantify maximum bite forces on one individual to gain insight as to the differences within the dental arch. Approximate values of forces are 20 lbs/sq. in. at the incisor area, 75-125 lbs/sq. in. at the premolar area, 190 lbs/sq. in. at the 1st molar, and 220 lbs/sq. in. at the 2nd molar.
Read Article

Spear Talk Highlight – What is the Cause of My Patient’s Swollen Lip?

Value Possibilities for Associates and Succession