I was asked to give an update (via a current literature review) on the use of Expasyl during a recent workshop here at Spear. A 2012 article compared pressure created by traditional cord packing and cordless techniques, stressing the importance of application technique with Expasyl. That was not a surprise.

A 2013 article compared gingival displacement measured under magnification in 16 subjects who received full coverage crowns on premolars. The study showed very favorable and comparable results, especially in the horizontal displacement. Having used Expasyl on a limited basis in my career so far, this was slightly surprising to me.

What was most surprising to me was the conversation in the room after the brief presentation. It began with “general agreement” that a double cord technique would be our standard for the foreseeable future and that Expasyl would fade. The surprise followed: As we sat in a safe learning environment embracing an amazing sense of community, several participants discussed very intentional and favorable uses for Expasyl in which they use it routinely. 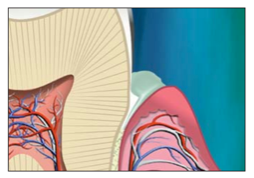 Yes, there are still many concerns and limitations with the routine use of paste for a cordless technique, from technique, to chemical interaction with impression materials, difficulty rinsing, limitations with furcations, learning curve, shelf-life and many others. I get it. But it’s also encouraging and refreshing to see so many great dentists finding appropriate uses that make sense, as opposed to the alternative. I thought you might like to hear that too. Sources:

Paul Epstein
April 21st, 2015
If you like Epasyl I suggest you try Gingitrac by Centric. It stays in place where you syringe it and with the Styrofoam caps one gets great retraction.
Read Article

The Future is Now - Dr. Frank Spear on the Next Generation of Great Dentists