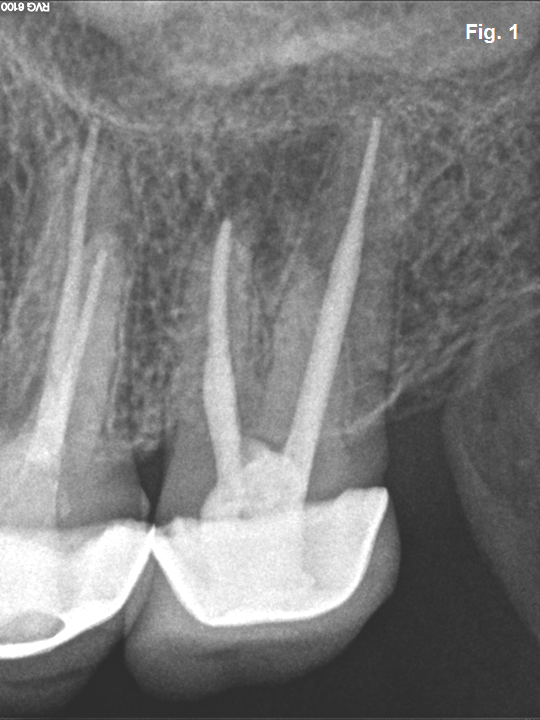 In July of this year, I posted a Digest article in which I posited that removing tooth structure accidentally, or perhaps, needlessly, as some advocate is detrimental to the long-term prognosis of any tooth. I was specifically talking about endodontic treatment, since of course, this is a Daily Digest about endodontics.

I demonstrated my points with a patient who presented with two previously treated molars. In the Digest, I advocated smaller canal preparations (only what is necessary) and smaller access preparations.

The patient in question was symptomatic and it was clear that his discomfort was coming from the upper left first molar, tooth #14. Based on my assessment of the multitude of factors that should be considered such as overall patient health, patient age, patient desires and motivation, overall dental health, occlusion, preferences of the restorative dentist and finally, previous treatment and current condition of the subject tooth, I recommended retreatment and postulated a five to 15 year outcome.

During the examination I noted that the distobuccal canal of the upper second molar, tooth #15, was apparently untreated and there was a significant finding on the radiographs and CBCT imaging associated with this tooth. (Fig. 1)

I also observed that the previous access was relatively conservative, which is, in my opinion, conducive to a more favorable long-term outcome for retreatment, but that the large canal preparations, especially in the mesiobuccal root, lower it's long-term prognosis due to very real possibility of vertical root fracture. (Figs. 2-6)

Things Get Interesting With This Endodontics Patient

Now here is where it may get interesting for you. During the initial consultation, I advised the patient of my findings. I recommended to the patient that we retreat #14 but made no recommendation for treatment of tooth #15. I told the patient about the findings and suggested that if and when he became symptomatic, OR, if any additional treatment were planned for this tooth (for example, if he was advised for some reason to replace the crown), then, and only then, would I recommend retreatment.

Because I don't treat radiographs, I treat patients. It's really hard to make an asymptomatic patient feel better. Because I could potentially make the patient worse. Because there are countless examples of poor "looking" root canal treatments on radiographs with radiographic findings that have been, from the patient's point of view, successful for years. I think there can be little argument that many people live with chronic disease unwittingly and with no negative consequences for large parts of their lives. 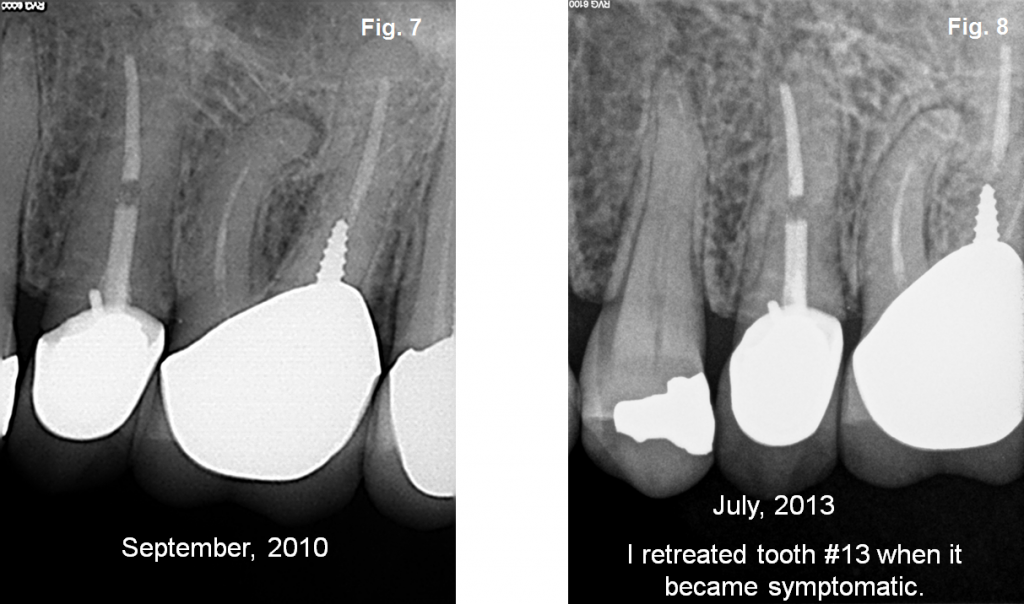 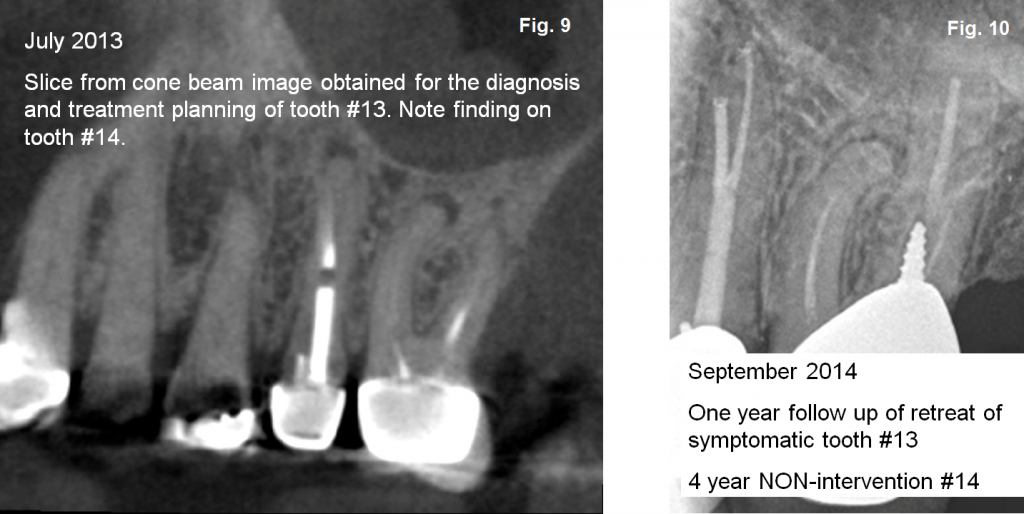 As fate would have it, my patient returned complaining of some pain and discomfort attributable to tooth #15 just five months after completion of the retreatment of tooth #14. This could simply be a random event. Another hypothesis is that the slight change in occlusion from my treatment of tooth #14 (occlusal contact was reduced) was enough to throw the balance off, changing a state of chronicity to one that became more acute.

Time will tell about the efficacy and success of the treatment. I'll post follow-ups as I obtain them as addendums to my Digest articles.

Want more information on topics like this right now? Check out the restorative category in our Course Library. Not a Digital Suite member just yet? Click here to learn more.

The Success of Our Failures

By Andy Janiga 2 years ago
Endodontics

New Study Club Module: Not Every Tooth With a Radiolucent Lesion Needs a Root Canal

By Bonnie Serino 1 year ago