A New Way to Classify Gum Disease Based on Gene Expression Signature? 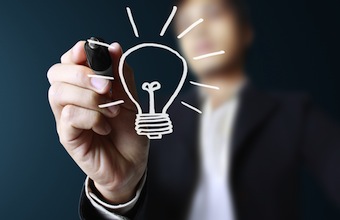 According to a recent news release, researchers at Columbia University Medical Center (CUMC) have devised a new system for classifying periodontal disease based on the genetic signature of affected tissue, rather than on clinical signs and symptoms. The new classification system may allow for earlier detection and more individualized treatment of severe periodontitis, before loss of teeth and supportive bone occurs. The findings were published recently in the online edition of the Journal of Dental Research.

Currently, periodontal disease is classified as either "chronic" or "aggressive," based on clinical signs and symptoms, such as severity of gum swelling and extent of bone loss. "However, there is much overlap between the two classes," said study leader Panos N. Papapanou, DDS, PhD, professor and chair of oral and diagnostic sciences at the College of Dental Medicine at CUMC. "Many patients with severe symptoms can be effectively treated, while others with seemingly less severe infection may continue to lose support around their teeth even after therapy. Basically, we don't know whether a periodontal infection is truly aggressive until severe, irreversible damage has occurred."

As the release states, Dr. Papapanou turned to cancer as a model while looking for a better way to classify periodontitis. In recent years, cancer biologists have found that, in some cancers, clues to a tumor's aggressiveness and responsiveness to treatment can be found in its genetic signature. To determine if similar patterns could be found in periodontal disease, the CUMC team performed genome-wide expression analyses of diseased gingival (gum) tissue taken from 120 patients with either chronic or aggressive periodontitis. The test group included both males and females ranging in age from 11 to 76 years.

The researchers found that, based on their gene expression signatures, the patients fell into two distinct clusters. "The clusters did not align with the currently accepted periodontitis classification," said Dr. Papapanou. However, the two clusters did differ with respect to the extent and severity of periodontitis, with significantly more serious disease in Cluster 2. The study also found higher levels of infection by known oral pathogens, as well as a higher percentage of males, in Cluster 2 than in Cluster 1, in keeping with the well-established observation that severe periodontitis is more common in men than in women.

As the release indicates, the researchers' next goal is to conduct a prospective study to validate the new classification system's ability to predict disease outcome. The team also hopes to find simple surrogate biomarkers for the two clusters, as it would be impractical to perform genome-wide testing on every patient.

The Relationship between the Comprehensive Exam and Occlusion