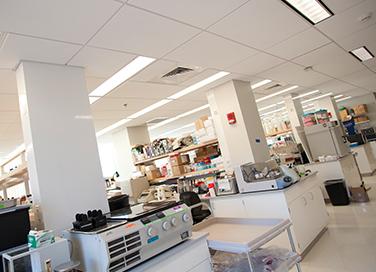 According to a recent news release, scientists at Forsyth, along with a colleague from Northwestern University, have discovered that the protein, Transgultaminase 2 (TG2), is a key component in the process of gum disease. TG2 is widely distributed inside and outside of human cells. The scientists found that blocking some associations of TG2 prevents the bacteria Porphyromonas gingivalis (PG) from adhering to cells.

As the release indicates, this study was led by Dr. Heike Boisvert, Assistant Member of the Staff, Department of Microbiology at Forsyth. The work was done in collaboration with Dr. Laszlo Lorand from Northwestern University Feinberg Medical School and Dr. Margaret Duncan, Senior Member of Staff at The Forsyth Institute.

"Once established, Porphyromonas gingivalis is very hard to get rid of," said Boisvert. "The bacterium changes conditions in the surrounding environment to ensure perfect growth; unfortunately, those changes, if untreated, can result in a loss of supportive tissue for our teeth. Also, as has been recently reported, manipulations of host proteins by PG may be involved in the development of systemic diseases such as atherosclerosis and rheumatoid arthritis. The more we know about the relationship of PG with us, the host, the better we can work on how to prevent disease and disease progression."

In the next phase of research, Boisvert will be examining TG2-knockout mice to test their susceptibility to Porphyromonas gingivalis infection and periodontal disease.