Patient Communication in the Age of Information

As we are kicking off the New Year, I would like to share a few thoughts regarding the challenges of communicating with our patients in this day and age.

While living in the so-called “information age” is fascinating since information has become an easily-available commodity that disseminates rapidly and extensively and makes patients more knowledgeable, we should not disregard or underestimate the inherent challenges that inevitably come with it.

Let us single out three of these challenges:

This term was originally used by Bertram Gross, a political science professor in the 1960s who stated that, “information overload happens when the amount of input into a system exceeds its processing capacity. Decision-makers have fairly limited cognitive processing capacity. Therefore, information overload has a negative impact on the quality of our decision-making process.”

Today, this is significantly magnified through the internet, as every minute we are literally bombarded with massive volumes of information at a high speed and of great complexity. This becomes as cumbersome as attempting to drink water from a water hydrant, and it ultimately leads us to taking bits and pieces of information and trying to stitch them together in a very personal, “logical” manner that only makes sense to us.

Another problem that we should also consider when going through this process is that at the end of the day, “we only see what we know; we don’t see it unless we know it.” But this notion should be supplemented with another view that says, “people don’t know what they don’t know.”

If you think about this, even experts in a given field are clueless as to the extent of their own ignorance in their own field.

As we scroll through social media, we are prone to search for, interpret, favor and recall information in a way that confirms our own pre-existing beliefs or hypotheses. We could say that it is a form of self-deception, since it ultimately boils down to the so-called “wishful thinking” which, once again, may very easily lead us to make wrong choices.

Moreover, each social media network has a unique set of technical elements, intricate logic and usage analytics that make up the algorithm that delivers content to its users.  These algorithms are managed by dedicated teams of experts, software engineers, data scientists and content strategists, so that what we see is deliberately there for us to see. It is typically not by accident, but by a clear prediction of these social media platforms of what we enjoy seeing, attempting to draw us towards a purchase of a specific product or service. 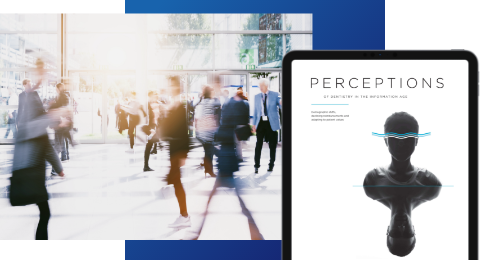 Perceptions of Dentistry in the Information Age

Perceptions of Dentistry in the Information Age

No one could argue that it is a natural human urge to want good things and to want them now. As a matter of fact, this concept was first described in early last century’s work of no other scientist than Dr. Sigmund Freud.

As part of his psychoanalytic theory of personality he described the “Pleasure Principle,” which has to do with a primitive, impulsive and irrational unconscious that operates solely on the outcome of pleasure. But once again, in today’s digital era, such immediate gratification escalates to the next level, and it is more than ever implicit that there is a clear tendency to give up a future benefit in order to obtain a less rewarding but more immediate benefit.

So our patients “seem” to know what they want and appear to be more informed about the treatment option they “need,” but in reality, their lack of understanding of the “big picture” more often than not leads patients (and some clinicians as well) to take the “easy way,” which is not necessarily the “best way.”

Author Brian Tracy says that, “the ability to discipline yourself to delay gratification in the short-term in order to enjoy greater rewards in the long-term is the indispensable prerequisite for success.”

If you think about this, this could easily be the case in private practice when looking at treatment predicaments, such as going for an interdisciplinary treatment comprised of orthodontic therapy (and perhaps doing minimally-invasive veneers) versus trying to correct malpositioned teeth by means of a restorative correction only (which may mean mutilating perfectly intact teeth in the name of getting them straighter faster). Or how about those patients that have advanced periodontal conditions and have been arbitrarily diagnosed with the so called “Terminal Dentition” (we’ll be talking about this extensively in a series of upcoming digest pieces)?

Every day that we go to work, health providers across the board should do a conscious effort to walk the fine line that divides “negligence” and “over-treatment” ... and the reality is that patients worldwide are often “mistreated” by clinicians that fail to conduct treatment along this fine line.

So in our previously-described world of information overload, confirmation bias, instant gratification and social media, it is now more evident than ever that the mix of conflict of interest, ego management and financial goals often interferes with the universal endeavor of helping patients as minimally invasively as possible.

And perhaps someone would argue that “the means justify the ends,” but as contemporary author Seth Godin frames the question: “Is it worth lowering our standards and giving up our principles in order to find a “better/faster outcome?”

Today more than ever as dental professionals, we should make a conscious effort to listen to our patient's demands, chief concerns and reservations about treatment alternatives. Then and only then we can educate them by giving them concise information that allows them to make a better-informed decision.

We should see ourselves and be seen by our patients not only as care providers, but as “oral health educators” and be able to walk them through a Buyer’s Journey, allowing them to understand the implications of choosing a given therapy and the repercussions this may have in the future.

The Societal Bias For a Dental Appointment - An Editorial

By Dave St. Ledger 5 years ago

A New Way of Thinking About Patient Communication