A Lesson in How to Encourage Team Members to Grow

Does praise really encourage people? As it turns out, it depends on what you are praising. This is something that was illustrated in an experiment done years ago on groups of early-teen students.

What’s interesting is what happened next. When given the choice of whether or not to tackle a challenging new task they could learn from, most of the students in the first group declined. Meanwhile, 90 percent of kids in the second group – the ones who had been praised for their effort – decided to give it a try. As the researchers discovered, the students in the first group, after being told they were smart, were reluctant to take on anything new that might expose any flaws or call into question that assessment of their abilities.

This story comes from a terrific book by the Stanford researcher Carol Dweck called “Mindset: The New Psychology of Success,” and she uses it to illustrate the difference between what she calls the fixed mindset and the growth mindset. People with a fixed mindset tend to think of most capabilities as something you either have or you don’t – that there are things you are good at it and things you are not, and that you have built-in limits. Those with a growth mindset take a more flexible view and are more willing to expose themselves to failure in the quest to continually grow. 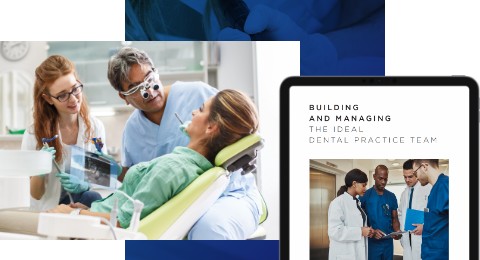 What this means is that even people who are naturally exceptionally smart can end up limiting themselves because they have developed a mindset that is dependent on their need to be right and to not look bad in front of others, so they stay within the safe boundaries they have set for themselves. Those with a growth mindset, on the other hand, don’t see things that way. They recognize that limits are almost always self-imposed, and they are excited by the idea of exceeding expectations, developing new skills (even if it means enduring some failure along the way), and discovering new standards of excellence.

This is a common phenomenon in dental practice teams as well. The fixed mindset can be hard to get past, and it often originates from perfectly understandable human impulses. After all, people like the idea of being good at what they do. Paradoxically, that’s what keeps many people from getter better at what they do – they don’t want to challenge those assumptions about themselves or expose themselves to situations outside their comfort zone. But when team members are part of an environment where being able to step out of the comfort zone is recognized as a measure of success, great things can happen. This is exactly what I mean when I talk about the importance of creating a culture of growth in the dental practice. It’s all about creating an environment where people feel safe about exploring new levels competency. And as this story of the students makes clear, it is the leader’s role to encourage and praise their people, not just for being good at what they do, but for participating fully in the process of becoming even better. Muna S.
November 6th, 2016
EXCELLENT Article!!! Implications for parenthood are clear as well. So often I lose the one thinking she/he knows it all and is frightened when asked to go outside the comfort zone. They quit rather than risk looking "bad" to themselves. EMBRACING those who want to learn, grow, get better, and incorporating leading questions in our hiring. THANK you!

Doug S.
November 17th, 2016
I really like the article, and I love the book! I am having our core staff leaders read this first, and we are having a special meeting to discuss it and come up with ways we can empower our whole team to embrace the "growth mindset". Thanks!
Read Article