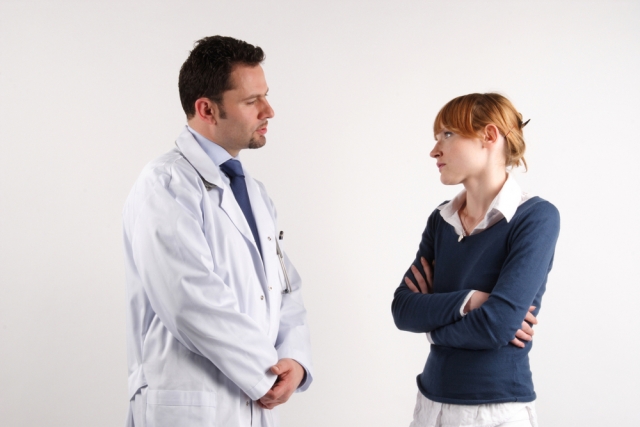 A young dentist who is a member of a study club I host called me up a while ago to tell me about a problem he was having. In partnership with another young dentist, he had recently bought a practice and was now managing a team.

One morning, he arrived at the office to find several staff members – and patients – waiting outside. It turns out that his lead receptionist, who had the key to open the office, had not shown up. Soon, he did hear from her – by Facebook message. She said she had been up all night and went to see a doctor first thing in the morning, and that she couldn’t get in touch earlier because her cell phone had died.

It was of course embarrassing for the practice, and for her, to have patients inconvenienced like this. And it was concerning from a team management perspective, because this same team member had been an hour late for her shift not long ago. The new owner was torn, because this person also had a history of reliable loyal service in the practice and was generally good with patients and other team members.

The advice I gave him is the same advice I give to a lot of people in similar situations where there is a problem with a team member being uncharacteristically undependable, and it comes down to having a brief conversation that is built around four key questions:

“How do you feel about what has happened?”

A simple “sorry” at the time (especially by Facebook message) isn’t what you want. It’s not about trying to make the staffer feel even worse about his transgression; it’s about trying to get an accurate read on how much ownership he is taking for the problem, and that can only really be done in a quiet face-to-face meeting where you can assess the sincerity of his response.

“How do you think I should feel about this?”

This question forces the person to consider the situation from your perspective. Most people will recognize, of course, when their actions have a negative effect on others, but they can still tend to see things through their own personal lens. This question specifically asks the person to feel what you are feeling, and that is an exercise that can be very useful in getting her to see the greater implications of her behavior.

“What should we do now to prevent this from happening again?”

This conversation can’t just be about what happened in the past; you need to move on to active problem-solving so you can create a better future. Asking the team member to be involved in that problem-solving exercise once again helps her take ownership of the issue. You can recommend your own ideas of course – in this case, I suggested that the dentist tell his receptionist that what he has learned from this is that he needs to have another key-holder on staff – but you want her to contribute to the brainstorming, too. It’s important to make this a collaborative process. Which leads to the last question …

“What help do you need to make this happen?”

This is an important question because whether the answer is “nothing” or the team member has specific requests, once you have resolved the answer he should have a strong sense of accountability going forward, as you have given him the opportunity to get the support he needs.

As with all staff issues that require one-on-one meetings, you should document the discussion in writing so there is a record of the clarity you have established. That is important documentation to have if you find it necessary to take further action with the team member down the road.

Often, however – especially with a long-time, usually dependable team member who has just had a few recent problems – this kind of conversation, centered around these four questions, is enough to get the team member to re-commit to the practice’s, and his or her own, standards of excellence.

Mary Anne S.
August 25th, 2016
Imtiaz, this is a great article and every dentist should read it. I wish I had this wisdom and approach to handling difficult staff problems by asking those 4 questions. Thank you for your brilliant insight.

Wayne K.
September 5th, 2016
Although I was a great "one minute manager" in my day, and often caught team members "doing things right," direct confrontation over performance issues was my greatest weakness as an employer. Always preferring to see the best in each team member, I attempted to resolve such issues through my personal actions and leadership. Sometimes, however, my failure to resolve minor infractions early and definitively led to major problems, which ultimately ended with the dismissal of the employee from the practice. Your four questions would have made me a far better employer, leader, and person. Thanks for sharing!
Read Article

One Strategy to Change Staff Behavior

Talking to Your Team About the Business of Dentistry