A Formula for Living the Life of Your Dreams

If the people doing that beer commercial are looking for a new “Most Interesting Man in the World,” I have a nominee. This is me with Dr. Scott Parazynski, a man with an incredible life story that should be an inspiration to everyone who really wants to live life to the fullest.

Dr. Parazynski is an accomplished Stanford- and Harvard-educated physician who has published papers about human adaption to stressful environments – which is something he knows about, as he was also an astronaut. He went on five space shuttle missions and has taken seven space walks, including one to repair a solar array wing that took him farther from the safety of the airlock than any orbiting astronaut has ever gone.

As if that wasn’t enough, he is also an avid scuba diver, a rock climber, and an experienced pilot who has flown a variety of aircraft. 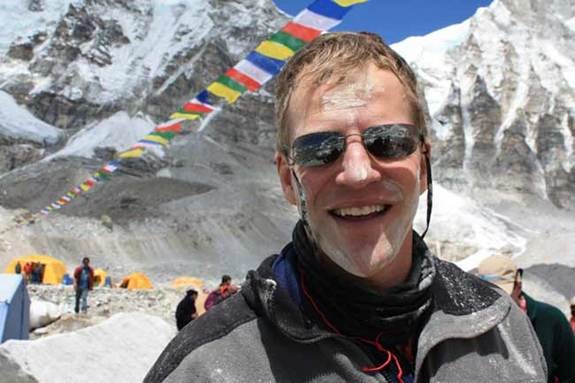 And he’s a mountaineer. After tackling a number of challenging mountains around the world he went for the big one – attempting Mount Everest in 2008. He didn’t make it to the summit, as a serious back injury forced him to turn back, so he did what anyone who knows him expected he would do. He went home, got surgery done on his back, recovered and came back the next year. He made it to the summit that time, becoming the first person to travel to space and climb the highest point on earth. 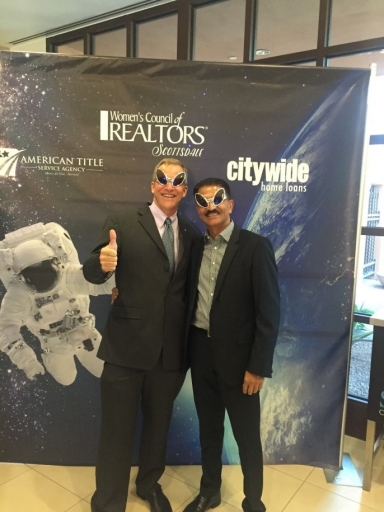 Now he is a much-sought-after speaker for all age groups. And that leads me to the picture you see here. I met Scott some time ago at a conference where I gave him some coaching on business ideas he had, and we became friends. So I invited him out to be a keynote speaker at an event that my partner Shelli&rsquo;s realtor group was hosting. Not surprisingly, he is also great as a presenter, with a Q-and-A that lasted as long as his talk because the audience was so engaged. It was great catching up with him, and here we are posing in the “space glasses” he uses when getting photos with kids. I think that’s appropriate for a couple of kids-at-heart like us.

“You can do anything you put your mind to.” We have all heard that said to the point where it has become a cliche, and we don’t really think of the powerful truth behind it. Scott is living proof that it is actually true. I can’t help but think of him every time I hear someone talk about their dreams and say “Well, I would like to one day, but ...”

Scott has been able to have this exciting life of his dreams by following a simple formula. First, there is the vision for what he wants to do – a clear, precisely-measured, energizing vision. Then he dives into the research to find out what it takes to get there. He learns and practices and masters whatever skills are involved. Then, as Nike would say, he just does it.

There is one more step that defines people like Scott, and it comes down to one word: Repeat. What he discovered early on is that once you experience success with this formula, you want to do it again and again. In that way, one accomplishment leads to another. And that’s how you build a culture of success within your own mind. That’s how you become unstoppable.

Of course, we’re not all going to go to space or climb Mount Everest. But we all have dreams of our own – for our careers and our lives – and as Scott keeps proving, there is really no reason you shouldn’t be able to turn those dreams into exciting realities. You, too, can be unstoppable.

If you are looking for a funny, engaging, motivating speaker for your event, you can find out more at Scott’s website. Tell him Imtiaz sent you.

A Story of a Life Well-Lived in Dentistry