Using a number of different tactics, Dr. Thomas Marcel tried to increase the number of interdisciplinary cases presented at his study club. For years, none of his attempts affected the change he desired. However, when he started using Spear Study Club modules five years ago, he immediately began seeing an improved communication and interdisciplinary case referrals through his club. 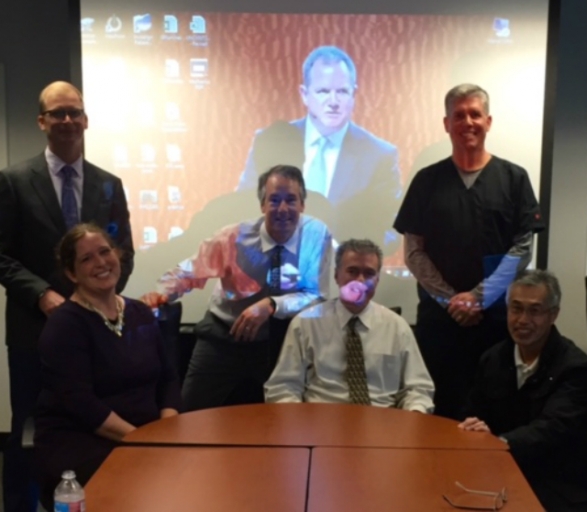 Marcel is the co-owner, along with his wife Dr. Claire Ogata Marcel, of Marcel Orthodontics in Livermore, Calif. He received his dental degree and orthodontic specialty training at University of California, San Francisco. In practice for 24 years now, he has published articles relating to temporomandibular joint function and mandibular movement in professional journals, and he lectures to orthodontic and dental organizations throughout the U.S. and abroad. Marcel also maintains teaching affiliation with the University of California San Francisco and the University of North Carolina.

When Marcel started a local study club 20 years ago, he had a couple of goals already in mind. First, he wanted to bring onboard top-tier restorative dentists and specialists to help him continuously sharpen his own skill level. Second, he wanted to build a solid referral network.

“The specialists, including myself, were kind of frustrated,” Marcel said. “We knew that these offices had tons of these cases that needed interdisciplinary care in their practices, but they either weren't identifying them or didn't know where to begin.”

Then, five years ago, he decided to try one more thing: take the group to a Spear seminar.

Shortly after attending that first seminar, Marcel began incorporating the Spear Study Club modules into his study club meetings. While Spear's campus courses are popular with the club – they've attended four seminars and two workshops now – Marcel says it's the Study Club modules that have rejuvenated the meetings.

“Spear has been a great shot in the arm for the group in that we're starting to speak the same language,” Marcel said. “The modules have given us something to talk about at the meetings, and they have stimulated more interest in interdisciplinary care amongst the entire group.”

The Spear Study Club modules have also helped club members better understand what each person can offer the group. The restorative dentists are better able to recognize how prevalent interdisciplinary care patients are in their practices. And that, in turn, has helped them better communicate with the club's specialists and vice versa.

“If you are an orthodontist who wants to raise the level of orthodontics that you do, you need to have an interdisciplinary team around you speaking the same language,” Marcel said.

The increased communication and interest in interdisciplinary care has also encouraged the restorative dentists to bring more cases to the table. This, of course, has meant more referrals to Marcel's practice, as well as to the practices of the other specialists. It also has led to an increase in referrals from the specialists' practices back to the restorative dentists.

“This is a win-win-win situation for the specialist, the restorative dentist and the patient,” Marcel said.

Learning and communicating through Spear Study Club not only makes it easier for restorative dentists and specialists to successfully maneuver complex cases, but it helps on the interdisciplinary team to better communicate the need for comprehensive dentistry to the patient. It has become a continuous cycle of improved case acceptance, more referrals and higher quality of interdisciplinary care.

“The other dentists in the group see what's possible and have a better understanding of what my orthodontics can do for their dentistry,” Marcel said. “(And) when patients know how closely we work together, it gives them confidence in going forward with the significant investment we are asking them to make in us and in their oral health.

“As an orthodontist, I am excited to be a part of this study club culture because it fosters professional growth – in my practice and in my relationships with my colleagues,” he added.

Leaf Gauge and the Orthodontic Finish

By Donna Stenberg 6 years ago

How do we get Started with Study Clubs?

Complete the fields below to be put in contact with a Study Club advisor.