Priorities and Your Practice - A Pain Relief Tip for Dentists

Priorities and Your Practice - A Pain Relief Tip for Dentists 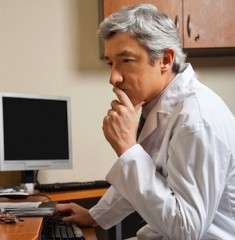 Most people know what they need to do to succeed, at least in general terms. When I see dentists who are not making the strides forward they are obviously capable of, it is usually not because of a knowledge gap; more likely, it’s because of an execution gap.

There can be a number of factors that create that gap—things such as deeply entrenched habits, and just plain inertia. But one of the more common obstacles comes down to an issue of prioritizing.

After all, it takes considerable time and energy to bring about significant lasting change, and those are not infinite resources. So where does that time and energy go? All too often the energy that could be spent “beating gravity” to launch and sustain new endeavors gets used up in dealing with issues that are causing immediate pain in the practice. Pain is a powerful motivator, as you well know from dealing with your patients. But it’s also deceptive. Pain makes something urgent, but not everything that is urgent is equally important. If you only let pain govern your priorities, you’re playing a frustrating game of “whack-a-mole”—repeatedly dealing with crises as they pop up, over and over again. Meanwhile, important things get lost in the shuffle. It feels like you are working hard to get ahead, yet you never really get anywhere. The answer then is to break the cycle of reactive problem-solving, and take control of how you spend your energy. That means living your life and building your practice according to the priorities that you have deemed important, rather than just responding to the issues that are presented to you.  That will probably mean more delegating and in some cases even refusing to engage with issues that are not worthy of your attention. That’s okay. Contrary to what some people seem to think, a good leader does not have to have the answer to every problem that arises, when it happens. A good leader sets the agenda and drives the right energy into the right strategies that keep the same problems from arising. So try to keep the greater portion of your energies fixed on the “big picture” strategies that will bring the greatest return for your efforts. In the end, that is where you will find the greatest pain relief.

How Dentists Use Online Dental Continuing Education for Practice Growth

By Benjamin Rojek 2 years ago