Advice for Dentists From a University Football Coach 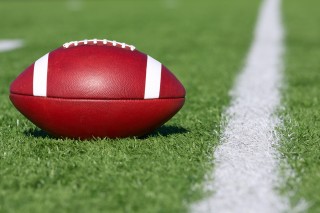 I was meeting with a group of dental practitioners a while ago, when one of them – a very successful periodontist—told a story about his college football days and some advice he had received from his coach that he carries with him to this day.

He was a pretty good football player, he said, and had established himself as a fixture on the team. Or so he thought. By his senior year, for whatever reasons, his performance began to tail off noticeably, and the coach began giving more time in his position to a younger, bigger player who was hungry for playing time and would do anything to get it.

Eventually the coach – a "big, rough-around-the-edges, tattooed, Harley-riding guy" as my friend describes him – sat him down for a talk, which, as he recalls, went something like this:
"You're going into dentistry, right? And you're going to open a practice and everything will be going great. But then one day, someone will come along and open up his practice right across the street and start siphoning off your patients. What will you do then?"

That former university football tight end, now a leading periodontist, says he often thinks about that exchange with his former coach. And indeed it is great advice to never take anything for granted, and to always act as if you are fighting for your spot—whether it is on a football team or in your patients' hearts.

It is often said that we can surprise ourselves with how much we can do when we really have to. The flip-side to that is how little most people will do when they don't have to – how easy it is to just coast along.

Do yourself a favor and act as if you have to. Act as if there is a young, eager sophomore waiting in the wings just dying to take your spot. It's a great way to keep yourself honest to your true capabilities.

If you find topics like this helpful, check out Imtiaz Manji's practice management courses available to you through our Course Library. Not yet a member of Spear Online? Click here to learn more.