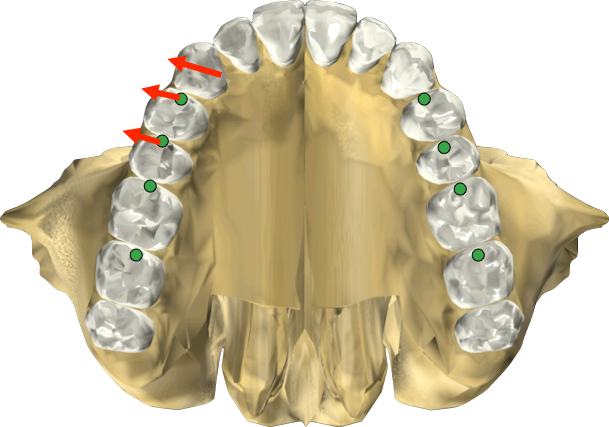 Bilateral canine guidance is great when it is appropriate, but sometimes it just isn't possible.

So what happens in these cases?

Do the teeth break down? TM joints become dysfunctional? Or do the muscles become sore without the canines separating the posterior teeth in excursive movements?

It is well documented that posterior contacts in excursive movements cause increased muscle activity. However, when is that important and when does it occur?

Posterior interferences are different than a well-refined group function; in the presence of parafunction, removing those interferences will reduce muscle activity and resistance to movement in excursions.


Group Function Lightens the Load on an Individual Tooth

In the presence of extreme parafunction though, canine guidance may be detrimental to the long term health of the patient. Group function may cause more muscle activity, but it also reduces the load on an individual tooth – the canine by spreading it over at least one other tooth.

Notice on the finished case that the premolar is just releasing as the canine is picked up. In the occlusal view, you can see that as the mark ends laterally on the premolar and moves to the canine; the stroke is finished on the canine.

Want to continue with this discussion? Take your comments to a few thousand dentists, including the esteemed Spear faculty, on Spear's discussion boards. Don't have access? Sign-up for free today.

Dan Andrei Iacob
October 31st, 2014
Very good observations. I just want to add that group function it is also needed in cases with missing lateral incisors, when the missing teeth are orthodontically substituted with the cuspids. The first bicuspid, who in this case will act as a cuspid, it will be more protected if the lateral movements are suported by a group function. Best regards,
Read Article

The Truth About Group Function

By Melia Lewis 2 years ago