Does That Tooth Really Need to Be Extracted?

Does That Tooth Really Need to Be Extracted?

As we all know, sometimes we just can't see the cause of a problem with radiographs. This is particularly true when dealing with 2-D radiographs like the standard periapical, bitewing and panoramic. In addition to this, there are some cases where we are unable to see what we need clinically and we can have a real dilemma on our hands. These types of cases can and should encourage us to take our imaging to the next level.

For me, that next level is a CBCT most of the time. To show you how beneficial CBCT imaging can be, I would like to use one of my most recent patients as an example. 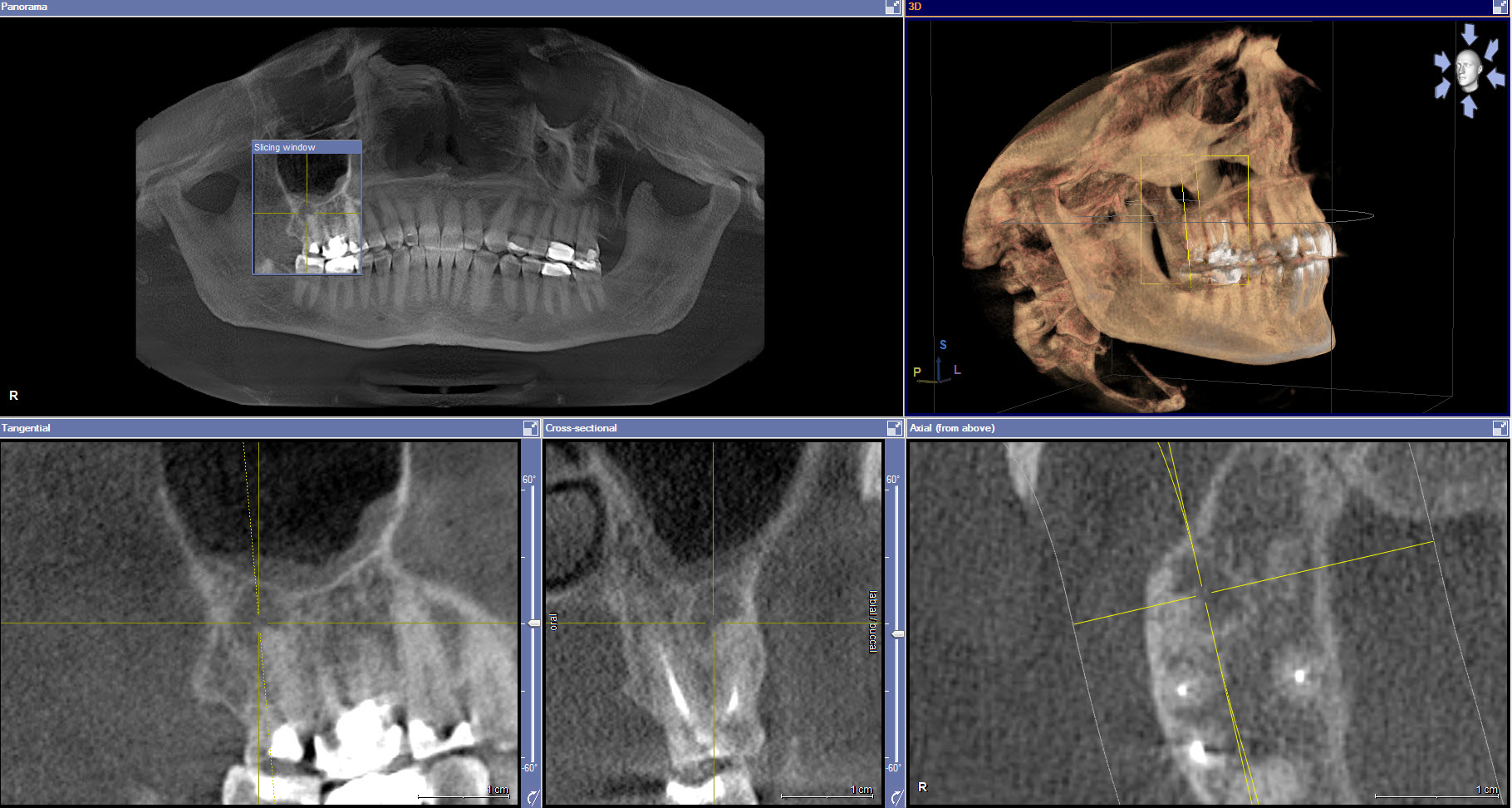 This patient presented with the chief complaint of pain on the upper left that had been present for five years. Initially when the pain started, her previous general dentist had diagnosed the need for a root canal on tooth #2, which he subsequently performed. Despite the endodontic treatment, her pain continued. As a result, it was determined that her continued pain was coming from tooth #3 and a root canal was then preformed on that tooth.

Much to the patient's and the dentist’s dismay, her pain continued. The patient was then referred to an endodontist who diagnosed a failed root canal on tooth #3 and a re-treatment was performed. As you may have already guessed the patient's symptoms persisted yet again.

At this point the decision was made to do an apicoectomy on tooth #3. Unfortunately, the patient's pain still continued and she was advised that the only solution was to extract tooth #3. Needless to say, she was still concerned that the pain would persist even after the tooth was removed. Given this concern, she elected to “live with the pain” for a period of time and decided to take a break from dentistry.

Sometimes 2-D imaging is not enough

Her first dental visit after her break was with me; she relayed the above story along with the fact that she was still in pain. Since she had been experiencing this pain for five years, she really wanted this issue resolved once and for all. After my initial exam and FMX, I suspected that a large portion of her pain was odontogenic in origin, based upon the symptoms she reported and her lack of muscle tenderness. However, my 2-D radiographs and clinical exam were not 100 percent conclusive and I certainly did not want her to go through yet another procedure that did not resolve her pain.

After discussing our options, I decided to take CBCT which clearly showed an apical lesion on tooth #2 around the MB and DB roots. The patient was thrilled to know that we seemed to have found at least part of the source of her discomfort, and that we have a need for treatment and a clear path going forward.

Sometimes 2-D imaging is not enough – that’s the real take-home message here. While I don’t take CBCTs for the majority of my patients, it can be a very valuable diagnostic tool when indicated.

But what if #3 had been extracted? We can be almost certain the patient&rsquo;s pain would have continued, and we would have unfortunately lost a great tooth.

Don’t Dismiss the Value of a Fractured Root

By Donna Stenberg 5 years ago